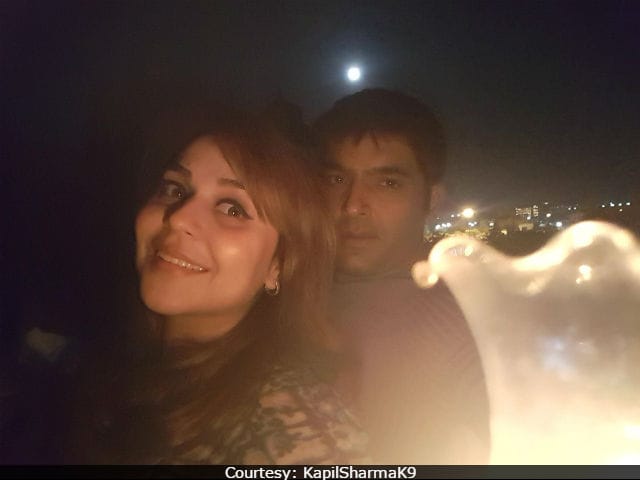 New Delhi: Ace comedian Kapil Sharma, who turned 36, last Sunday, celebrated his birthday with girlfriend Ginni Chatrath in Rajasthan, where he was shooting for his upcoming film Firangi, reports Times Of India. Mr Sharma was shooting with actors Monica Gill and Rajesh Sharma in Bikaner, from where, he flew to Mumbai on Wednesday night to film The Kapil Sharma Show. Weeks ago, the comedian made a big announcement and introduced his girlfriend Ginni Chatrath to everyone through social media. Posting a picture of Ginni, he wrote, "Will not say she is my better half .. she completes me .. love u ginni .. please welcome her .. I love her so much."

Will not say she is my better half .. she completes me .. love u ginni .. please welcome her .. I love her so much:) pic.twitter.com/IqB6VKauM5

However, a day later after making the big announcement, Kapil Sharma was reportedly accused of assaulting his show's co-star Sunil Grover on a flight from Australia to Mumbai where the entire cast was shooting. He wrote an apology of sorts on Twitter for Sunil, to which he replied, "Don't act like God."

After the alleged fight, Mr Grover, who is best known for playing Dr Mashoor Gulati and Rinku Bhabhi in The Kapil Sharma Show, quit the show. Comedian Raju Srivastava later joined the show, though he categorically mentioned that he hasn't replaced Mr Grover.

After the birthday celebrations were done, Mr Sharma posted his first tweet since apology to Sunil Grover and thanked his fans for their wishes. He wrote, "Thank u all for ur love n best wishes.. shooting in forests of rajasthan .. so couldn't come on line.. love always..stay happy."

Thank u all for ur love n best wishes.. shooting in forests of rajasthan .. so couldn't come on line.. love always..stay happy

Promoted
Listen to the latest songs, only on JioSaavn.com
A source close to the production team told TOI that Kapil didn't want to talk about the his alleged fight with Sunil Grover. "He was focusing on the shooting. There were a few from the production team who even tried to crack some jokes on this issue, but Kapil kept a straight face," TOI quoted the source.

Of his marriage plans, Kapil Sharma earlier told Bombay Times, "I am getting married to Ginni and she is the love of my life. The wedding should hopefully happen in January 2018. I am happy that I have found whatever I wanted in Ginni."