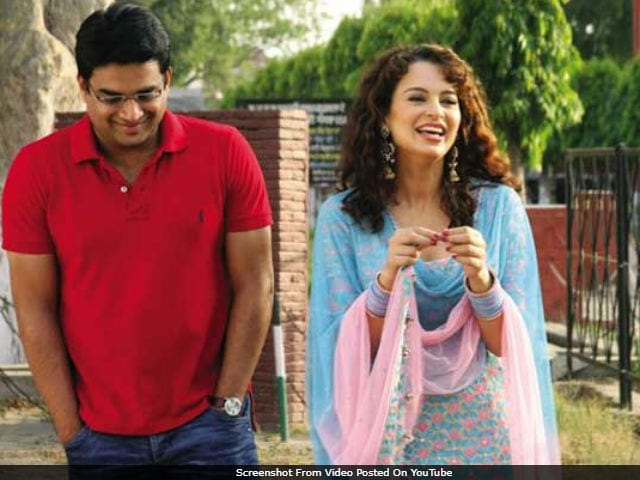 New Delhi: Tanu Weds Manu, starring Kangana Ranaut and R Madhavan, was a massive hit at the box office, when it released in 2011. After four years, part two - Tanu Weds Manu Returns - released and was treated equally by the audiences. Rumour had it that director Aanand L Rai will be teaming again with the cast for the third part. However, Mr Rai rubbished the reports of a third franchise and told news agency PTI, Tanu Weds Manu 3 is definitely not happening. Don't know who is spreading the rumours." Tanu Weds Manu Returns had won two National Awards including the Best Actress trophy for Kangana.

But, for all those waiting to see Dhanush once again in a Hindi film, Aanand L Rai has a piece of good news. "I do have something else in the pipeline with Dhanush and will start work on it only post filming my current movie," he said in a statement, reports PTI. South star Dhanush made his Bollywood debut with Mr Rai's Raanjhanaa, opposite Sonam Kapoor. The film released in 2013.

Aanand L Rai is currently directing Shah Rukh Khan and Katrina Kaif for an untitled film, also starring Anushka Sharma. "I will take another year and a half. We are targeting 2018 December. Nothing has been decided yet but we will announce the title very soon," he earlier told IANS. While SRK said that the film's shooting is going well. "Aanand L Rai's film shooting is going on. Katrina Kaif has joined us and Anushka Sharma will join us in a day or two. Shooting is going on at various places. It is going well," the 51-year-old actor said.

Promoted
Listen to the latest songs, only on JioSaavn.com
Ayushmann Khurrana and Bhumi Pednekar's Shubh Mangal Savdhan is the recent film produced by Aanand L Rai.