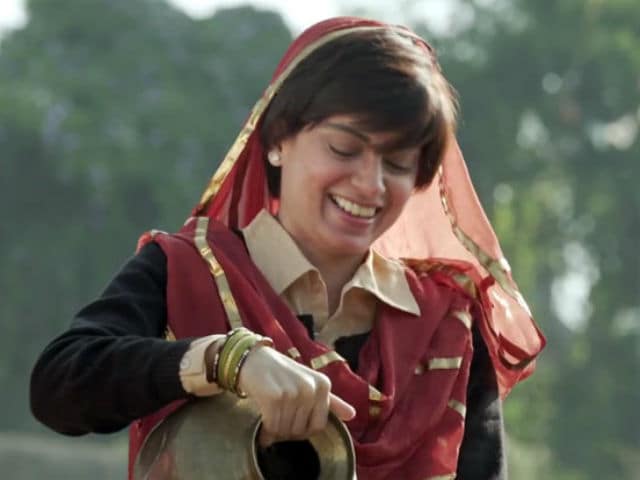 Kangana Ranaut in a still from Tanu Weds Manu Returns.

New Delhi: Actress Kangana Ranaut, who won the National Award for Best Actress for Tanu Weds Manu Returns, said that it was the it the "best birthday gift."

Amitabh Bachchan, 73, also won the Best Actor for Piku"It is the best birthday gift that I could have got. I am thrilled and feel blessed especially since Mr Bachchan is the best actor with me," Kangana said in a statement.

This is the third National Award for Kangana, as she had previously won the award for Queen and Fashion. (Also Read: National Awards: Kangana, Amitabh Bachchan Win Top Honours)

Baahubali star Rana Daggubati said: "I am thrilled. We took a risk and attempted to do something different with it. Now with this award, we feel honoured."

"This is my first National award as a director. It is really very special to me. My mother always prayed that I should get one and here, I have got it. Her prayers have been answered," Mr Bhansali told PTI.

Mr Bhansali also said that his mother screamed with happiness when she got to know about his award.