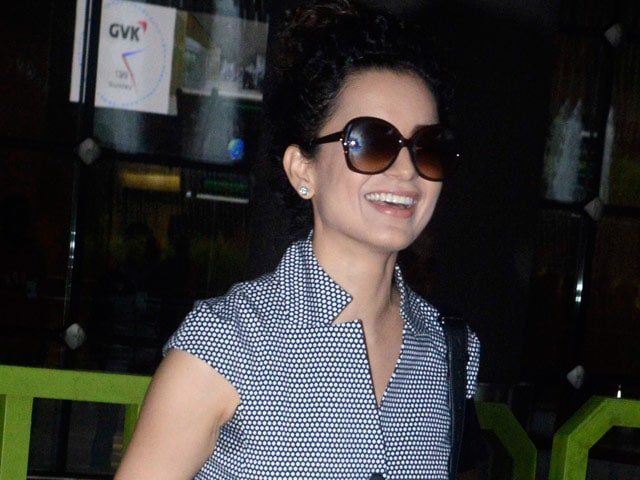 New Delhi: From her debut with Gangster - A Love Story in 2006 to films like Fashion, Queen and Tanu Weds Manu, actress Kangana Ranaut is known for portraying women-centric characters on screen. She said that the wave of feminism in Bollywood has moved from offbeat to mainstream.

"The film industry has seen a good response from women oriented stories. My first film Gangster was a woman-centric film. The woman was the protagonist. So was Woh Lamhe, but they were not given big platforms," Kangana recalled.

"Now after films like Queen, The Dirty Picture and Kahaani, these films are being given very big platforms and they have been considered the mainstream cinema," Kangana told IANS. (Also Read: Kangana Ranaut on Her Rise From B-Grade Films to 'Number One Actress')

"Their directors are being awarded at various shows, but earlier they weren't a part of the mainstream. They were considered as offbeat cinema makers," she said.

The National Award-winning actress also pointed out that once upon a time, only "item numbers, comedy and action" were considered mainstream in Bollywood. (Also Read: Best Part About My Success is That it Came Late, Says Kangana)

"But now women-centric films have seen a good growth. It's an achievement," she said.

Kangana will next be seen in director Nikhil Advani's Katti Batti along with Imran Khan. The comedy thriller film will release on September 18.