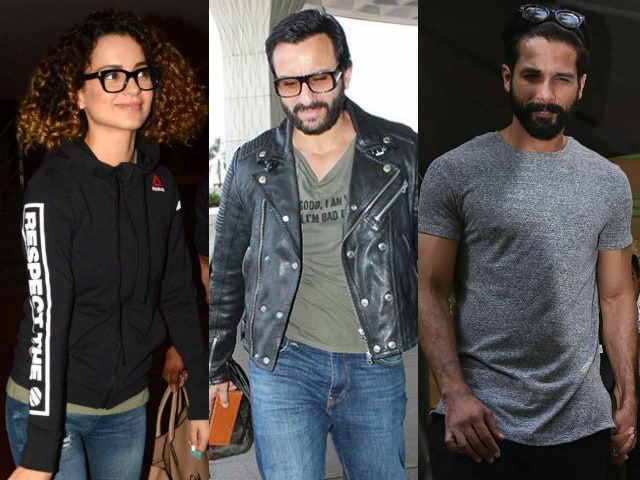 New Delhi: Kangana Ranaut knows a thing or two about handling controversy. Just this year, she was involved in a long and bitter feud with actor Hrithik Roshan, with whom she publicly exchanged recriminations and legal notices. Now, back home after filming the work-in-progress Simran in the US, Kangana has addressed reports of allegedly high-handed behaviour on her part on the sets of her next release Rangoon. The 29-year-old actress was rumoured to have not gotten along with actors Shahid Kapoor and Saif Ali Khan, her co-stars in the Vishal Bhardwaj-directed film. Kangana told mid-day that she's read everything that's been written about her and that she ignores them.

"I don't pay much heed to mischief-makers, whether they are contemporaries or competition. These mischief-makers are mostly unnecessary publicists who do everything possible to malign you and get you in trouble. I keep a watch on everything. If it's alarming and I foresee a bigger trap, I hit back. I don't care about bugs in the bed," Kangana told mid-day.

Things between and both actors were just fine, Kangana said. "I am different at work; I don't go in to the set wanting to party. As far as Saif is concerned, he is the classic man. I am a fan of his charms. He and Kareena (Kapoor Khan) have been extremely gracious to me. They hosted a dinner for me when I came down. I love their company. As for Shahid, we had a healthy partnership on set and I don't see any trouble between us. Of course, we weren't pally, which [is] probably [what] was misconstrued. People need to understand that we don't go to work to make friends," she told mid-day.

Promoted
Listen to the latest songs, only on JioSaavn.com
Rangoon, a period drama set in World War II and filmed in Arunachal Pradesh, is scheduled for February.

Meanwhile, Simran, directed by Hansal Mehta, is expected to release next September.