Mishti Chakravarty said: "Kangana Ranaut is such a fine actress and just by watching her performance, one can learn so much" 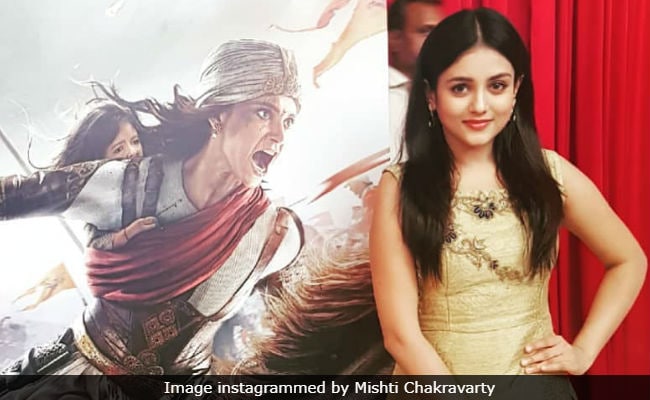 Actress Mishti Chakravarty, who plays a pivotal role in Manikarnika: The Queen of Jhansi, says the upcoming film's lead actress Kangana Ranaut has a good sense of humour that many people do not know about. Mishti also praised Kangana for knowing the technical aspect of filmmaking very well. When asked about her experience of working with Kangana, Mishti told IANS here: "Many people do not know that Kangana has a good sense of humour and she is very down to earth and humble. She is always serious about her work but that does not mean she will create pressure... She mingled with us and I bonded really well with her."

"At the beginning of my career, I did not even imagine working with her but I surely looked up to her as an inspiration. She is such a fine actress and just by watching her performance, one can learn so much," she added.

Manikarnika is based on the life journey of warrior queen Rani Laxmi Bai.

Director Radha Krishna Jagarlamudi, better known as Krish, started shooting the film in the beginning, but after a major part of the shooting, he had to opt out for his other commitment. Kangana took over the project then.

Mishti said: "Since a portion of the film has been directed by her, I realised that she is technically very sound and she just knows how to make every scene look good. When she was directing, the way she was giving instruction to every actor and technician, it was amazing to see all that."

(Except for the headline, this story has not been edited by NDTV staff and is published from a syndicated feed.)
Comments
manikarnika kanganakangana ranautMishti Chakravarty