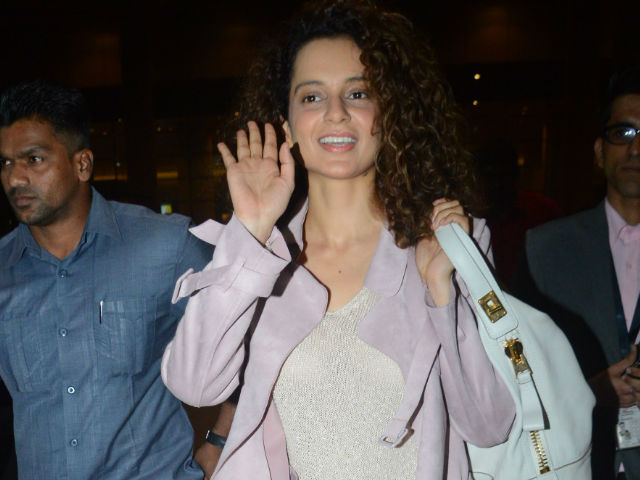 New Delhi: Kangana Ranaut purchased a property worth Rs 20 crore in Pali Hill, Bandra, which she will use as office for her production house Manikarnika Films. Kangana's spokesperson confirmed and said: "The property will be used as office space for Kangana's production house called Manikarnika Films." Kangana Ranaut was last seen in Hansal Mehta's Simran and she is currently filming Manikarnika: Queen Of Jhansi. Though her production company borrows its name from the upcoming film, it is unclear if Kangana will also produce the film, which will be directed by Krish. However, in an interview with Filmfare, Kangana did say that she will take credits as actor, director and producer for another film, which is titled Teju. The pre-production work for Teju will begin in early 2018.

Promoted
Listen to the latest songs, only on JioSaavn.com
Kangana Ranaut's new office will be quite spacious as the property has a ground floor in addition to three storeys and 565 sq ft parking space. The Bandra locality, where Kangana's new office is situated, is also home to several other Bollywood celebrities. The registration formalities of Kangana's Pali Hills office completed in September.

Last two years have been unkind to Kangana Ranaut in terms of box office. She has starred in four back-to-back flop films - I Love NY, Katti Batti, Rangoon and Simran. She is currently making Manikarnika: Queen Of Jhansi, which is based on Rani Laxmibai's early battle against the East India Company. The film also stars television actress Ankita Lokhande. Kangana was also injured while filming an action sequence in Manikarnika.