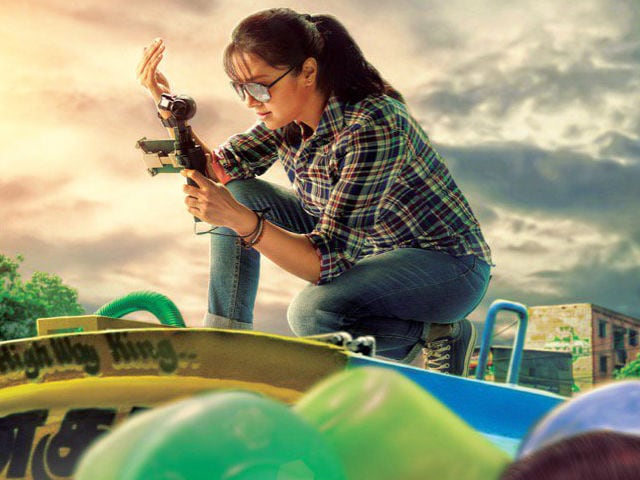 Chennai: Actress Jyothika's next Tamil film, in which she plays a documentary filmmaker has been titled Magalir Mattum.

The film borrows the titled from an eponymous Tamil hit which was produced by Kamal Haasan.

In a statement issued on Wednesday, Suriya thanked Kamal Haasan for parting with the title.

Directed by Bramma, the film is a women-centric drama, which also stars Bhanupriya, Saranya Ponvannan and Urvashi in important roles.

Ghibran has been roped in to compose music for the film, more than half of which has already been shot.

Promoted
Listen to the latest songs, only on JioSaavn.com
Jyothika was last seen onscreen in 2015 Tamil drama 36 Vayadhinile.