Kalki Koechlin Says Actresses 'Get Influenced' to Change Their Looks 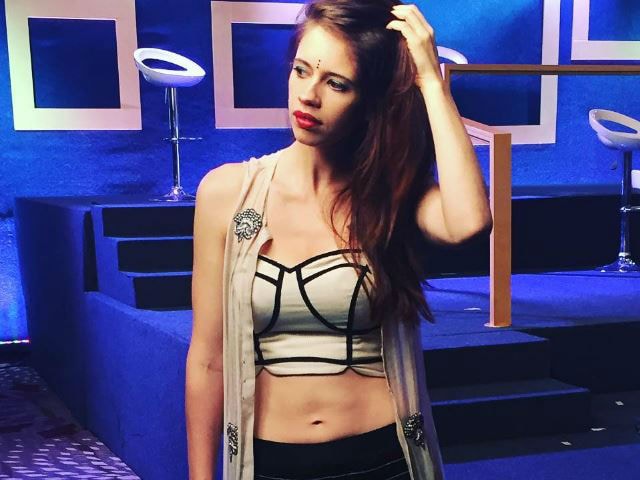 This image was posted on Instagram by Kalki Koechlin

New Delhi: Actress Kalki Koechlin said that the film industry needs to widen its vision as far as the definition of beauty is concerned.

The 32-year-old Margarita, With a Straw actress thinks there is always a stress to look a certain way in the industry which affects young girls to the extent that they end up making changes in their looks.

"The pressure of looking good is very difficult for us to handle. But, we do have examples of unconventional beauties. I don't look conventional, Richa (Chadha) doesn't. I feel we need to celebrate diversity of beauty in the industry and understand that there is not really one idea to it," Kalki told PTI.

When asked about Richa Chadha's recent revelations that she was told to go under the knife by some people in the industry, Kalki said, "Actresses do get influenced to make changes in the way they look. When a young 18-year-old girl comes to the industry and she is told that she looks ugly and needs to change the way she looks, she has so much pressure to adhere herself to."

The National award-winning actress said she was also asked to work on her appearance but she always believed that her acting will do the talking.

"I was lucky I lived my life before entering Bollywood. I was also told to change this, change that, but I believed it is not going to affect me much in terms of my work. I feel my work is going to change who I am," said Kalki, who says she loves to dress up and stay fit in real life.

"Staying fit is important to me, but not because of any one saying it to me. I do love dressing up and looking glamorous, but I am not afraid of getting stripped off all the glamour, especially for a role."

Kalki, who is winning praises for her performance in Waiting, will next be seen in Konkona Sen Sharma's debut film as director titled, A Death in the Gunj.

The actress is excited for the project as she feels Konkana has done a great job in her first film.

"Koko is amazing as a director. She is very clear about what she wants. The fact that she is an amazing actress and can emote beautifully helped me understand what she really wants out of me. Her sense of lighting, editing and camera angle is great," she said.

Contrary to her image of a serious actress, Kalki said that she would love to star in a romantic comedy someday. "I have never been offered song and dance roles. I think it is because of the image I have created for myself with the choice of roles I make. I have this theater, parallel cinema actress image attached to me. I have tried to break it because I love good cinema. I would love to do a rom-com and get the guy in the end rather than him killing me or me beating him up," she said.

Kalki, who was recently in the capital to launch the 10th outlet of PizzaExpress, says she eats a lot of junk food, but is lucky to not gain weight.

"I eat all kind of junk food. I eat a lot, but I am lucky that I don't gain weight and manage to stay fit. I eat everything and I am not at all cautious. It's just that my metabolism is too good. But, I do exercise as well. I swim."