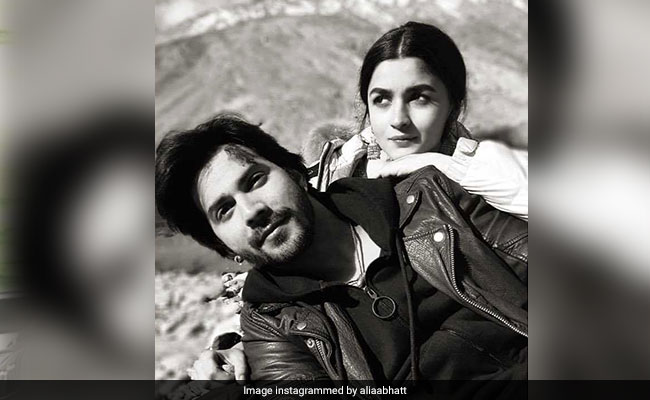 Kalank co-stars Alia Bhatt and Varun Dhawan's recent Twitter exchange had us hooked immediately. Why, you ask? Well, on Wednesday, Varun Dhawan shared a cheeky tweet, wherein he wrote: "Breaking- Alia Bhatt to handle Kalank marketing." Now, Alia was quick to respond to Varun's tweet and wrote: "Hahaha...I've learnt from the best." However, it wouldn't be wrong to say that it was Karan Johar's comment on the thread that caught our attention the most. KJo, who has produced Kalank, has quite a bit of a reputation for using great promotional tactics for his films. KJo was surprised by Alia's reaction and he wrote: "Sorry! How come I don't about this? We have a team which is all set with a plan!"

Take a look at Alia and Varun's conversation here:

This is how Karan Johar reacted:

Both Alia Bhatt and Varun Dhawan are KJo's proteges. They made their Bollywood debut with the 2012 film Student Of The Year, which was produced under Karan Johar's Dharma Productions. Alia and Varun have co-starred in films like Humpty Sharma Ki Dulhania and Badrinath Ki Dulhania, which were also produced by Karan Johar.

Last month, Alia and Varun shared identical posts on their Instagram profiles, in which they could be seen standing in front of a graffiti wall with a giant painting of Rajinikanth. Both the actors added the hashtag "#Kalank." However, they clarified that it is not a look from their film. ICYMI, this is the post we are talking about:

@varundvn #kalank (P.S-This isn't a look from our film btw )

After the wrap of Kalank, Alia and Varun shared adorable grey scale pictures of themselves on social media and wrote extensive posts for each other.

& it's a film wrap for Varun on KALANK.. Our 4th film completed together and he still manages to surprise me with his hard work and crazy energy everyday.. Also manages to make me laugh like a crazy person by just being himself.. I can't can't can't wait for you guys to see the stuff he's done with his character in the film!!!! #KALANK

Kalank is a period drama which is set in the Forties. The film has been directed by Abhishek Verman. Besides Alia and Varun, the film also stars Madhuri Dixit, Sanjay Dutt, Sonakshi Sinha and Aditya Roy Kapur. Madhuri Dixit will feature in the role that late actress Sridevi was originally cast in.