"Whatever makes you weird is probably your greatest asset," wrote Kajol 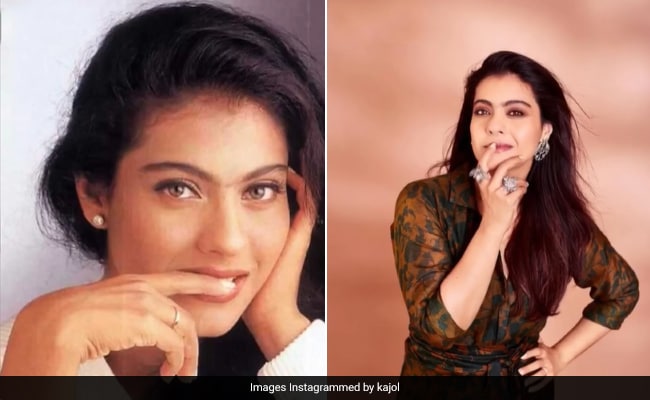 Kajol's latest Instagram entry perfectly encapsulates the essence of her 'weird' personality (her words) and how. The 45-year-old actress took the #20YearChallenge and the results are simply amazing. On Monday night, Kajol shared a GIF which comprises two pictures - the first one happens to be from 1999 and the latter is from 2019 - both equally stunning. Interestingly, Kajol can be seen posing in a similar fashion in both the pictures. Kajol borrowed a quote from Albert Einstein and wrote in her caption: "Whatever makes you weird is probably your greatest asset." She accompanied the post with the hashtags #20YearChallenge and #WeirdThenWeirdNow.

Whatever makes you weird is probably your greatest asset! - Albert Einstein #20YearChallenge #WeirdThenWeirdNow

Last week, Kajol announced her association with Priyanka Banerjee's short film Devi by sharing a BTS picture from the sets of the film which will also star Shruti Hassan, Neha Dhupia, Neena Kulkarni, Mukta Barve, Sandhya Mhatre, Rama Joshi, Shivani Raghuvanshi, and Yashaswini Dayama. Kajol captioned her post: "BTS of Devi ...Thankyou Niranjan Iyengar and Ryan Ivan Stephen for making me a part of this statement... Some things need to be seen to be understood on a deeper level."

Kajol, who has an enviable collection of throwback pictures, shared a collage of her 'feminist' role models - her mother Tanuja, her aunt Nutan, and her grandmother Shobhna Samarth. "Who I came from... The true feminists," Kajol wrote in the caption.

Kajol was last seen in the period drama Tanhaji: The Unsung Warrior, co-starring Ajay Devgn and Saif Ali Khan. The film is performing exceptionally well at the box office and 167.45 crore within 10 days of its release.