Kajol said: Actresses over the years have been integral part in the success of a film, but after all, it's a business" 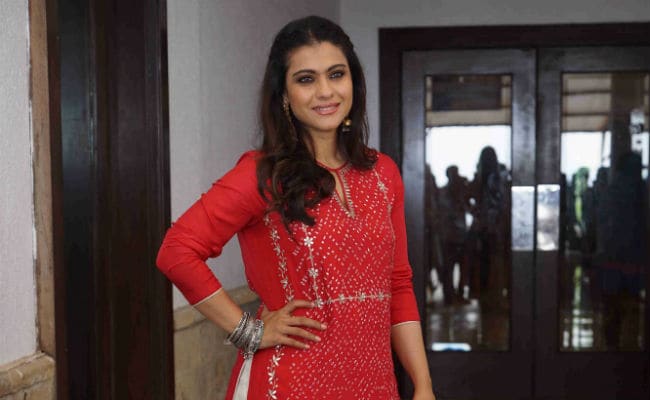 Kajol at a promotional event for Helicopter Eela

Kajol, who is awaiting the release of Helicopter Eela, addressed the contentious issue of pay disparity in the film industry with an explanation that echoes several before her: that female actors don't deserve a bigger fee because they aren't capable of commanding the box office crores that male superstars - Kajol named Salman Khan - do. Speaking at a promotional event for her film, Kajol said, "I think that issue (pay disparity) has to do with box office collections to a big extent and there is gender issue for sure, but if you see, no single actress film can do Rs 500 crore business the way a Salman Khan film does at the box office. Actresses over the years have been integral part in the success of a film, but after all, it's a business," reports news agency IANS.

Kajol is the latest in a string of celebrities to have used this convenient excuse when asked about why male and female stars don't receive equal pay. What they gloss over here is that it isn't just the female actors, very few male actors in the industry are capable of spinning out many hundred crores in profits (the list ends at Aamir Khan and Salman Khan) - yet they are most often paid a higher salary than their female co-star. On the singular occasions that the actress of a cast with multiple stars gets the biggest paycheque - Deepika Padukone in "Padmaavat" and Piku - it makes headlines.

When a female star asks for what she thinks she's worth, she's dropped from the project. Karan Johar admitted in his autobiography that he dropped Kareena Kapoor from Kal Ho Naa Ho because she asked for a paycheque that equalled Shah Rukh Khan. He also didn't speak to her for a year - "it was idiotic," he wrote. Most recently, Priyanka Chopra's exit from Salman's Bharat has been attributed partly to a salary dispute.

The silver lining, if there is one - Kajol told IANS: "I am very grateful that today's audience has changed and they are going to theatres to watch films like Kahaani (starring Vidya Balan in the lead role) and Raazi (headlined by Alia Bhatt). People are making these films because it is now financially okay to make them and it's all happening because of audience changing perspective."

In the Pradeep Sarkar-directed Helicopter Eela, Kajol's character takes centrestage. She plays an over-involved mother - helicopter mom, if you will - of her teenagedson, joining his college to complete her education, which completely ruins his young life and their otherwise warm relationship.

In the last decade, Kajol signed very few projects. She made Dilwale in 2015 and starred in Tamil film VIP 2 two years later. Helicopter Eela is releasing a year after VIP 2. Speaking to IANS, Kajol says that she doesn't miss being on film sets and added that she wants to dedicate a good part of her time to her children. "I am happy working in one film in three years or one film in two years. I enjoy working, but I think work is just one part of your life. Other than that, you have your family which is really important... I enjoy my life and I don't think I should work just for the heck of it," she told IANS.

Helicopter Eela also stars National Award-winning actor Riddhi Sen and it is expected to hit the screens on October 12.