Kabir Bedi On Break-Up With Parveen Babi: "Press Made It Out That I Shattered Her Emotionally"

Parveen Babi, who also dated Danny Denzongpa and Mahesh Bhatt, struggled with her mental health for years and was found dead at home in 2005 at the age of 55 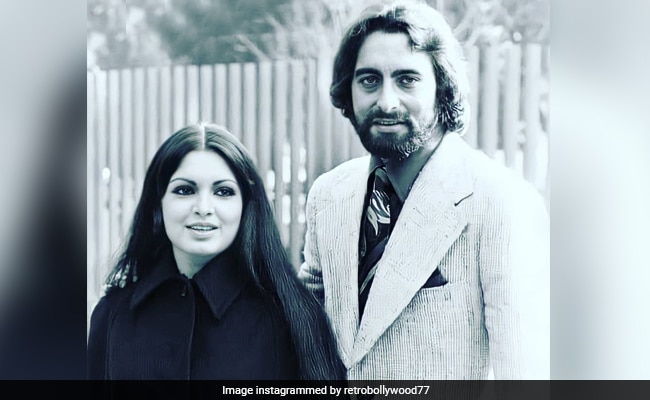 Actor Kabir Bedi, who has written about his turbulent relationship with Parveen Babi in his upcoming autobiography, has said that he was vilified by the press when his romance with the troubled actress ended. Speaking to Bollywood Hungama, Mr Bedi said that Parveen Babi, who lived with him in Europe while they dated, returned to India after they called time on the romance to restart her career. However, the press reported that Kabir Bedi had "shattered her emotionally" - the actress' deteriorating mental health was blamed on this. "Terrible things were written about me," Mr Bedi said. Parveen Babi, who also dated Danny Denzongpa and Mahesh Bhatt, struggled with her mental health for years and was found dead at home in 2005 at the age of 55.

Speaking to Bollywood Hungama, Kabir Bedi said that after the end of the relationship, he still hoped to help Parveen Babi but that she left for India. "The entire Indian press made it out to be that I had shattered her emotionally and therefore she had gone crazy. Terrible things were written about me. I didn't counter it at that time. I knew she was coming back to Bombay to rebuild her career. She had left India with me and people were upset." His autobiography clears the air, Mr Bedi said; among other things, he has written about "the way we related even after we split up and my last meeting with her at Holiday Inn few years before she died."

In his book, titled Stories I Must Tell: The Emotional Journey Of An Actor, Kabir Bedi relates how his relationship with Parveen Babi ended that with dancer Protima Bedi, with whom the actor had what he describes as an "open marriage.". Hindustan Times carries this excerpt from the book: "There was no easy way to break the news (to Protima). 'I'm going over to Parveen's tonight,' I said softly when she came in. 'Parveen's!' she repeated in surprise. I could see her computing what must have happened. 'But I've only just arrived. Can't you stay tonight at least?' I shook my head. 'No, I have to be with her tonight ... and every night.' In that moment, she realised that our relationship had changed forever. She let out a deep breath and looked at me. 'Do you love her?' I nodded, not without sadness. 'Does she love you?' she asked, her voice a notch higher. 'Yes,' I said gruffly, wanting to cry." The couple divorced in 1977.

Kabir Bedi, 75, became an international star after playing the title role on the Italian series Sandokan in the Seventies. He is also familiar to James Bond fans as the villainous Gobinda in Octopussy. At home, Me Bedi appeared in films such as Khoon Bhari Maang and Main Hoon Na.

Kabir Bedi was recently spotted at the Filmfare Awards where presented his granddaughter Alaya Furniturewalla with the award for Best Female Debut.