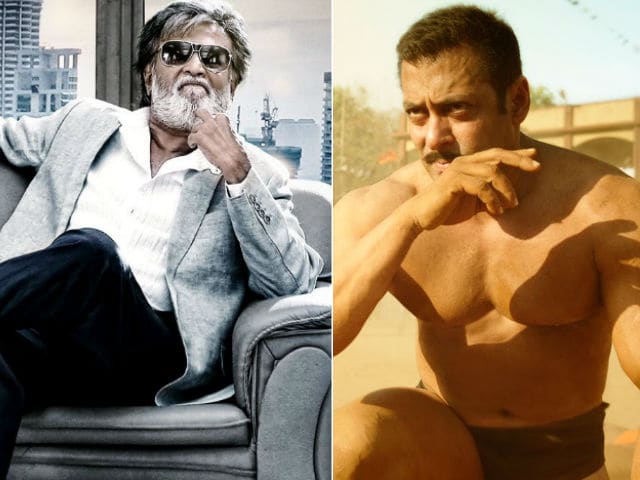 A poster of the film Kabali (L) and Salman Khan (R) in a still from Sultan.

Mumbai: Salman Khan may be Sultan but Ali Abbas Zafar is feeling like a king. The director is soaking in the monumental success of Sultan which released earlier this month on Eid. He seems happy but not entirely surprised that the Kabali craze hasn't particularly dimmed Sultan's standing at the box office.

Ali said: "It's a great time for the Indian film industry with Kabali and Sultan being at the box office and still getting the equal share of the pie. With stars like Rajinikanth sir and Salman - the hype around the stars creates the competition, but they have very strong fan followings. In the end, the industry only benefits because it has been a dull year at the box office."

Ali Abbas Zafar, 36, is enjoying his muscle at the box office and talking about muscle, after a recent picture with Hollywood actor Sylvester Stallone, we had to ask whether a film is in the offing.

Ali cryptically said: "For now, I would just say I would love to do a film with him."

And as for the leading ladies that Ali is hoping to work with?

"Alia Bhatt really excites me. She's doing such fabulous stuff. I saw Udta Punjab and she was out of this world," he said. But before all these casting coups, Ali plans to take a break somewhere in Europe.

The director says he's not going to be taking his success for granted. "Salim uncle (actor Salman Khan's father Salim Khan) says it's like riding a tiger. As long as you're riding it, it's fine. But it also may just eat you up," he said.