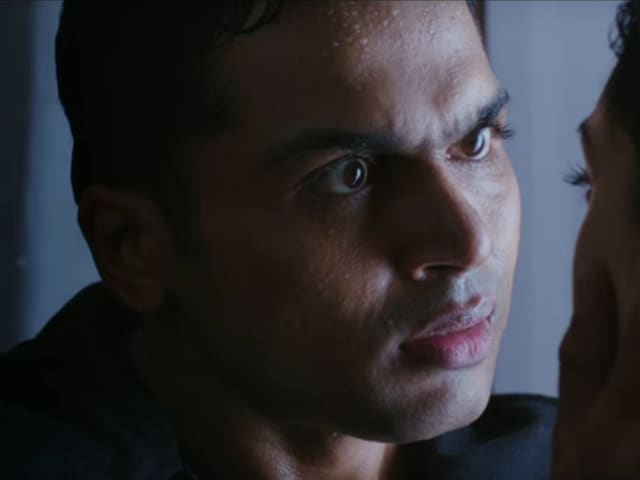 Chennai: Celebrated director Mani Ratnam's next, Kaatru Veliyidai is up for release next week. The film is a passionate love story, with Southern star Karthu playing a fighter pilot of the Indian Air Force and Aditi Rao Hydari playing a doctor. In a chat with Mr Ratnam's hero, we unravel how he was pushed out of his comfort zone to get into the skin of a character who is totally unlike him in real life. In Mani Ratnam's Kaatru Veliyidai, Karthi plays Varun, a fighter pilot who lives life on the edge. Encountering danger is a way of life with him.

When asked how Karthi stepped into the world of the armed forces and got into the character, he says, "I visited an air force base and spent some time with the officers there to get to know their lifestyle. I interacted with a wide spectrum of officers, from seniors who have been officers for 20 years, to youngsters who had just joined the force and those who had been there for 10 years. That way I got to know a bit about them in various stages of their careers, what motivates them, what keeps them going, how and why they take the risks they do and their love for their country. They are highly skilled technically and can earn a lot as civilians with those skills but they prefer the life in the air force. As civilians, we never get to really know much about what they go through. Being a fighter pilot is one of the most challenging jobs next to rocket science I think. Even just taking off and landing a fighter plane is a highly risky thing to do, in pitch darkness, depending on radar and only commands from the air base, flying at extraordinary speeds. My respect for our armed forces has increased manifold after working in Kaatru Veliyidai."

Karthi feels that it was these interactions with the officers and understanding their thought processes, which added to the depth and nuances to his character of Varun, and helped him understand why Varun behaves the way he does. "The fighter pilots lead very different lives, cut off from the normalcy of daily life, and it was important to understand Varun's life which shapes many of his choices. Mani sir wrote the character so well, that once I got into his skin, I began behaving like him before the camera. The fact that he asked me to shave my moustache and stubble completely was another point that helped. I was initially apprehensive of doing it. But Mani sir told me, 'I don't want to see Karthi, I want to see Varun before me.' Once I went clean shaven, I couldn't recognize myself in the mirror. Added to that, I had to lose lots of weight to play a lean, sculpted officer. All these external factors also helped me a lot to stay in character. Since we shot in longer outdoor schedules far removed from my familiar lifestyle and completed the film quite fast, that too helped me to concentrate and stay in character. Mani sir certainly pushed me out of my comfort zone both mentally and physically, to play a strong headed, wilful and violent character, totally unlike me in real life."

Promoted
Listen to the latest songs, only on JioSaavn.com
For Suriya's younger brother Karthi, it's been a home coming of sorts, working at Madras Talkies, since that's where he started his journey as an Assistant Director to Mani Ratnam for Ayuthu Ezhuthu (Yuva). So do the compliments come more easily after turning hero for his mentor? Karthi smiles, "Mani sir is a man of few words, is what I have seen in my long association with him. You won't get any compliments out of him that easily. If he says 'ok' after a take and moves on to the next shot, you understand that he is satisfied otherwise he wouldn't proceed."

Kaatru Veliyidai has music composed by A R Rahman and releases on April 7.