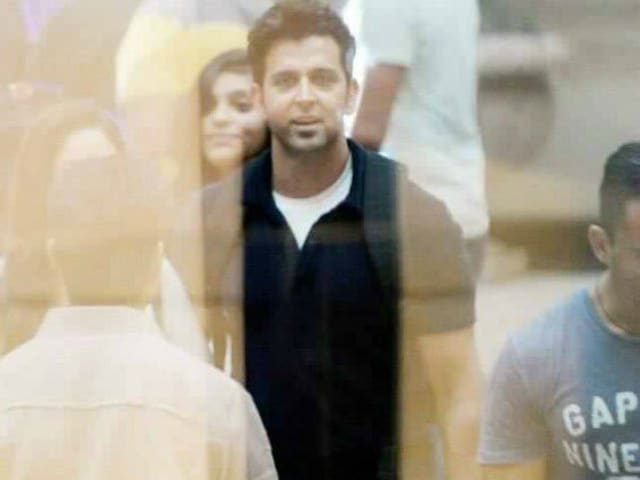 New Delhi: "The mind sees it all," the character poster of Kaabil reminds us, yet again.

Hrithik Roshan makes an intimidating entry as a hooded figure in the first poster of Kaabil. It is known that Rohan, the character played by Hrithik, is visually impaired and so is Yami Gautam's, who co-stars with him.

"It was in the dark that he found the invincible light within," Hrithik wrote while tweeting the picture on Monday evening.

It was in the dark..
that he found the invincible light within. #KaabilRevealedpic.twitter.com/D6JO0kgni9

Yami introduced Rohan with the caption: "When the light goes out, will you embrace the darkness? Presenting Hrithik Roshan as Rohan in Kaabil."

On Sunday, interest was piqued with another poster featuring a silhouetted figure:

In darkness they lived and loved. Then one day, everything changed. #MindSeesAll@iHrithik@RakeshRoshan_N@_SanjayGupta@FilmKRAFTfilmspic.twitter.com/Q6BbP5x79Z

Meanwhile, the teaser of the film, which released last week, gave us the chills. It was all about blurry lights with Hrithik explaining what it's like to feel powerless.

Promoted
Listen to the latest songs, only on JioSaavn.com
This is the first time Yami Gautam, 27, and Hrithik Roshan, 42, will share screen space. In an interview with IANS, Yami shared her experience of working with Hrithik and said: "He is so inspiring. There is no way that you will come out uninspired when you talk to him or work with him. Now I know what makes him a superstar. He never takes his work for granted at all. He has the zeal to keep outdoing himself, make himself better than before. He is so inspiring. He will make sure that you are absolutely in your character and that what you deliver is the perfect shot. It's not just with me. It's with anyone working with him."

The Sanjay Gupta-directed film is produced by Hrithik's father Rakesh Roshan. Kaabil also stars Ronit and Rohit Roy, and Girish Kulkarni. Kaabil is set to release on January 26, when it is expected to clash with Shah Rukh Khan's Raees.