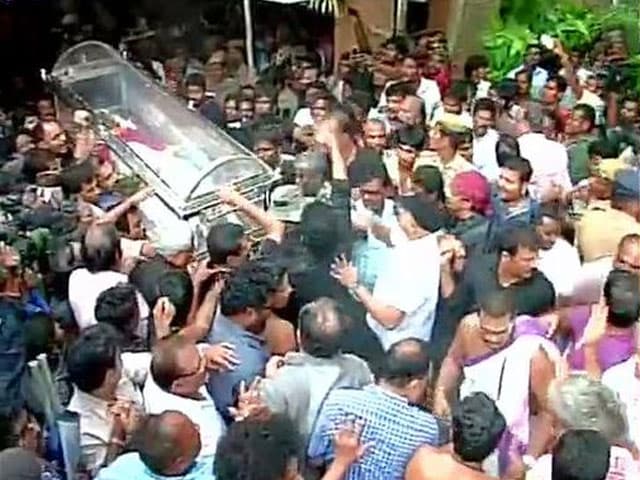 Director K Balachander was given an emotional send-off in Chennai, where his last rites were held. Hordes of fans, friends and people from the film fraternity gathered to bid adieu to the filmmaker who died of a cardiac arrest in Chennai yesterday at the age of 84. 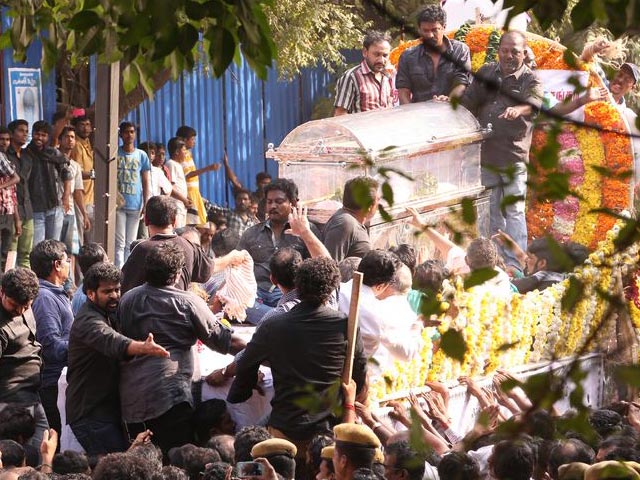 Balachander's funeral procession, which began at around 2 pm. in a flower-bedecked vehicle from his residence, ended at the Besant Nagar crematorium here.

His death sent shock waves through the film industry  A distraught Rajinikanth said yesterday, "Balachander was my friend, philosopher and guide. I've no words. I feel like I've lost myself. I pray God to rest his soul in peace. KB sir was not just my guru. He was my father as well. He also never saw me as an actor and treated me like his own son. He was like a god in human form and I feel lost in his absence."

Promoted
Listen to the latest songs, only on JioSaavn.com
Mr Balachander had over 150 films to his credit, many of which left an indelible mark on the masses for their hard-hitting subjects and unconventional themes. His blockbuster movies include Aval Oru Thodarkathai (Tamil), which was remade as Anthulaney Katha in Telugu, Maro Charitra (Telugu), Ek Duuje Ke Liye (Hindi), and Thillu Mullu (remake of Golmaal).