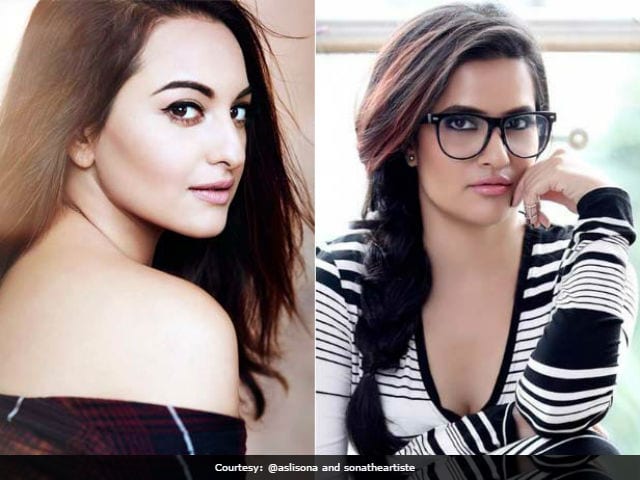 New Delhi: A day after singers Kailash Kher and Armaan Malik expressed their opinion about actress Sonakshi Sinha opening Justin Bieber's Purpose Tour in Mumbai (followed by a Twitter feud between Sonakshi and Armaan), singer Sona Mohapatra wrote about how Sonakshi has been 'condescending'. After Sona's series of tweets, the Dabangg actress blocked the singer on Twitter. The Ambarsariya singer posted a screenshot of Sonakshi Sinha's profile that reads, '@sonakshisinha blocked you. You are blocked from following @sonakshisinha and viewing @sonakshisinha's Tweets.' Sona Mohapatra, who is quite vocal about her views, posted a comment as well, "Hahahaha! Not that I had ever followed this bundle of talent, grace and intelligence. (sic.)"

Hahahaha! Not that I'd ever followed this bundle of talent, grace & intelligence. pic.twitter.com/ncUJAvpIlI

Earlier, Sonakshi had posted a clarification saying that "though she was approached, she is not performing at the Bieber concert." So, just "chill". Here's Ms Sinha's clarification.

This enraged Ms Mohapatra, who posted tweets accusing Sonakshi of "talking down to singers, instead of telling the truth."

Dear Sonakshi,if you weren't 'performing' at the Bieber concert like you now proclaim, then u could have just said so & not talked about (1)

your 'art', your 'dreams' & your rights on the live performance stage. Also insulting a composer & live artist who you claimed literally (2)

ran after you to 'collaborate' with them. You actually laughed at them & talked down to them, instead of telling the truth? Gracious! (3)

Dear lady, you were condescending to real musicians & singers all through & continue to be with this juvenile 'face saving' post now. SAD. https://t.co/esK5ZLnLob

The alleged Twitter row between Sonakshi and the music fraternity sparked off with reports that suggested Sonakshi would be opening the Justin Bieber Purpose tour. Singers and musicians expressed their displeasure as to how an 'actor is preferred to a musician' for an international music concert. Kailash Kher told news agency IANS, "I read somewhere that Canadian singer Justin Bieber is coming to India, and Sonakshi will perform at the gig. The news was cute, but quite a lie. It doesn't give a good message internationally. They (people from foreign shores) will think that Sonakshi must be a big singer in India."

Promoted
Listen to the latest songs, only on JioSaavn.com
Later, Armaan Malik and Sonakshi had an argument on Twitter where Armaan expressed how singers "are shunned in the country and given lesser importance."

Sonakshi was last seen in Noor, a film based on the book Karachi, You're Killing Me. It released last week. Justin Bieber will perform in Mumbai at the DY Patil Stadium on May 10.

Half Girlfriend Song Thodi Der: Arjun Kapoor And Shraddha Kapoor 'Cherish' The Moments With Each Other