Just How Mental Can Kangana Ranaut And Rajkummar Rao Get? See London Pic

Kangana Ranaut and Rajkummar Rao, who are currently shooting for Mental Hai Kya in London, indulged in a quirky photo session

New Delhi: "When two mentals collide," read the caption of a photo, featuring Kangana Ranaut and Rajkummar Rao, on the Instagram feed of the actress' official fan-club. A photo like this is sure to make Kangana and Rajkummar's Instafams happy, very happy. The actors, who are currently shooting for Mental Hai Kya in London, indulged in a quirky photo session recently. The photo shared on Instagram by Kangana Ranaut's official fan club, features both the actors at their crazy best. The actors seem to be having a blast in London and this goofy moment captured in the photo is proof of that. The photo, shared by Kangana's fan-club, was captioned:"When two mentals collide! Kangana Ranaut and Rajkummar Rao indulge in some post shoot fun." In the photo, Kangana sports an orange outfit and Rajkummar Rao is suited up in purple. The picture is just a glimpse of what could be cooking on the sets of Mental Hai Kya.

The makers had earlier released a series of posters from the film and each one is as wacky as it could get. From the posters, it appears that for this team, craziness has no limits. Take a look at all the posters here:

Rajkummar Rao and Kangana were earlier shooting for the film with Amyra Dastur in Mumbai. Mental Hai Kya went on floors in May. The film is being produced by Ekta Kapoor and is expected to release by the end of 2018. Here's a glimpse of the film's Mumbai schedule: 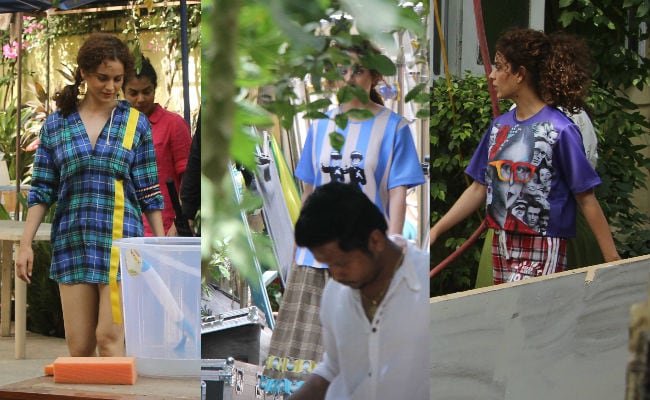 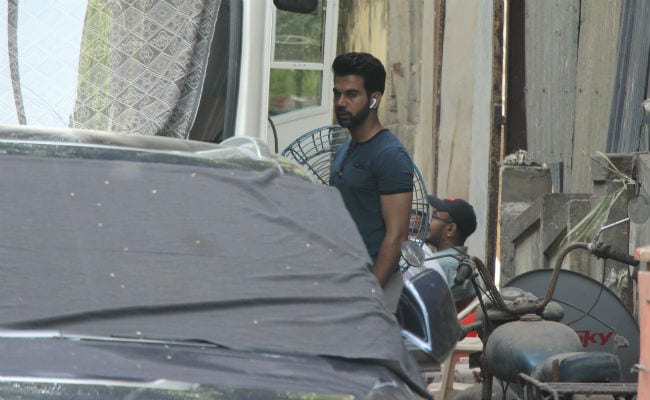 Previously, Rajkummar Rao and Kangana have co-starred in 2014's super-hit film Queen. About collaborating with the actress once again, Rajkummar told IANS: "It's an amazing script as it is very quirky and different comedy. Kangana is such a powerhouse performer and we are coming together after Queen along with Ekta Kapoor (producer) so it's going to be lot of fun."

Earlier, Kangana told mid-day that she signed the film for its "unique script": "I realised there was so much stigma attached to being different. 'Mental' or 'psycho' were the terms used to shame me, but these can't be used casually as swear words.""

Excited about Kangana Ranaut and Rajkummar Rao pairing once again? Tell us your thoughts on the film in the comment section below.
Comments
Mental Hai Kyakangana ranaut