Do you know the full form of RRR? 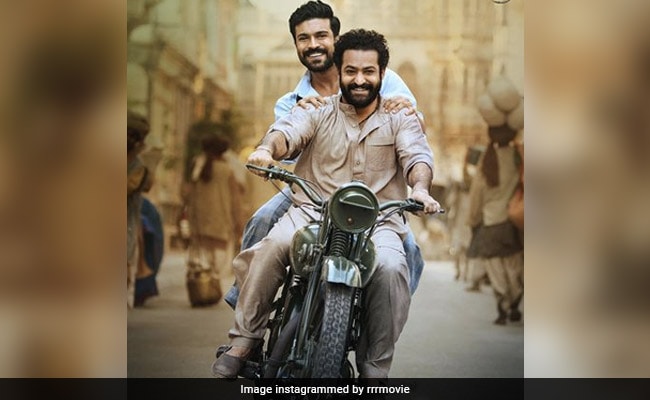 A still from RRR. (courtesy: rrrmovie)

The wait is now over. SS Rajamouli's RRRhas hit the theatres today, March 25. Fans were waiting with bated breath to watch the magnum opus. After all, why won't they? It is SS Rajamouli's project that we are talking about here. His last film was  Baahubali 2: The Conclusion. The director is known for his out-of-the-box creations. In short, he has the power to keep people on the edge of their seats. Can we call SS Rajamouli a magician too? Now, let's come back to RRR and the stellar star cast, which includes Ram Charan, Jr NTR, Alia Bhatt, Ajay Devgn Olivia Morris, Alison Doody, Samuthirakani and Ray Stevenson.

And, today, we have decided to talk about the 10 things about RRRevery SS Rajamouli fan must know. Take a  look:

1. Starting with the full form of RRR. It's Rise, Roar, Revolt.

2. The plot is set in the 1920s. It is a "fictitious story based on two legendary freedom fighters - Alluri Seetharamaraju and Komaram Bheem."

3. Reportedly, the movie was made on a budget of ₹ 336 crore. And, this doesn't include the salary of the star cast and other crew members.

4. This is the first time, Jr NTR and Ram Charan have been roped in for a film together.

5. Alia Bhatt and Ajay Devgn have made their Telugu debut with this film.

6. Ajay Devgn's character, who makes a cameo appearance in the film, is the “soul” of the film, as mentioned by the filmmaker himself.

9. Apart from Telugu, the film has been released in Hindi, Kannada, Tamil and Malayalam.