Back to the future, with the Jonas Brothers 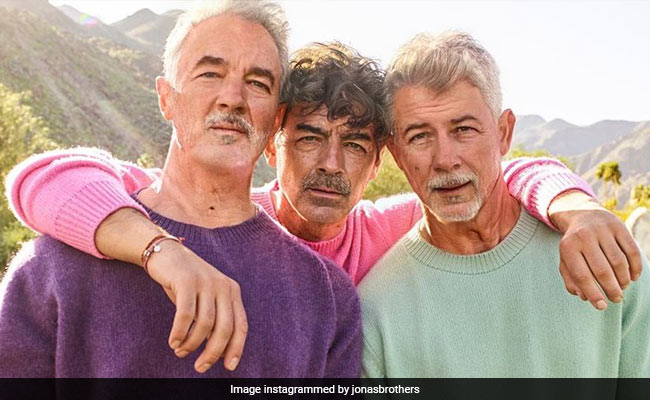 The Jonas Brothers' Instagram feed is such a delight! Nick, Joe and Kevin Jonas recently Instagrammed a filtered photo of their old selves (courtesy the viral FaceApp trend which has taken over the Internet) and sent their Instafam into a debate over 'Who will supposedly look the best when in their 50s or 60s?' Comments in the photo point at a certain verdict - "Nick is still incredibly gorgeous", wrote a user while another added: "Please tell me why Nick is low key hot here". Another fan summed it up as she said: "I'd just like to put out there that... I believe Nick aged the best."

The well thought-out caption of the Jonas Brothers' post also gave off major nostalgic vibes to their Instafam. "When you take a trip to the Year 3000," they wrote - Jonas Brother fans would know that the trio included their own rendition of Year 3000 originally by UK band UK band Busted for their debut album It's About Time.

Fans posted comments such as: "Dude, la caption", "I know you already saw this but I'm screeching at the caption" and "best caption I have ever seen."

Meanwhile, Nick Jonas shared how "old man Jonas" would still be rocking on Instagram several decades later with this post.

Well, let's get back to reality and take a moment to appreciate the Jonas Brothers of now. "Happiness Begins" here:

Caption this with a #HappinessBegins lyric

The Jonas Brothers dismantled their band in 2013 but broken hearts were mended when they announced they reunited this year. Their comeback single Sucker from the album Happiness Begins debuted on Billboard's List of Top 100 and also featured Priyanka Chopra (Nick's wife), Sophie Turner (Joe's wife) and Danielle (Kevin's wife).