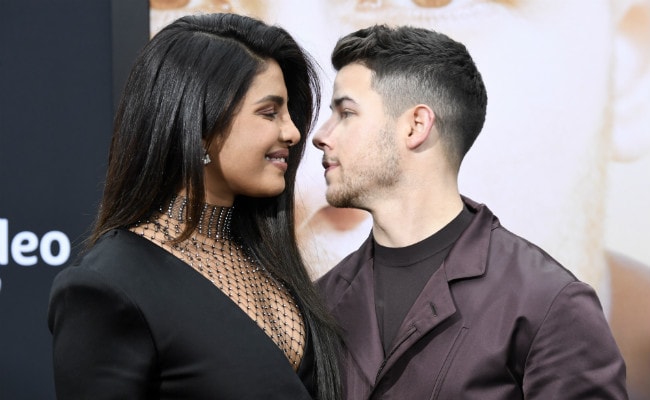 Priyanka Chopra Instagrammed an adorable note for her husband Nick Jonas after the recently held premiere of Chasing Happiness - a documentary on the Jonas Brothers - in California. "I'm so proud... last night was another testament of how incredible your bond is as a family... Jonas Brothers, I love you all and am so proud!" Priyanka attached an adorable photo of herself and Nick from the premiere while Nick added another to the album with a personalised message for the actress: "That smile," he wrote while Priyanka blushed in the comments section. Chasing Happiness, which tracks the ups and downs of the Jonas Brothers as a band, their dismantling and a successful comeback, is now streaming on Amazon Prime.

I'm so proud.. Last night was a another testament of how incredible your bond is as a family.. @jonasbrothers I love you all and am so proud! #chasinghappiness on @amazonprimevideo @nickjonas @joejonas @kevinjonas team @philymack and @johnlloydtaylor you crushed it!

Priyanka Chopra turned heads in a black 'Alanis' gown from Galia Lahav couture. She styled it with a mesh bodice underneath and nude brown lips. 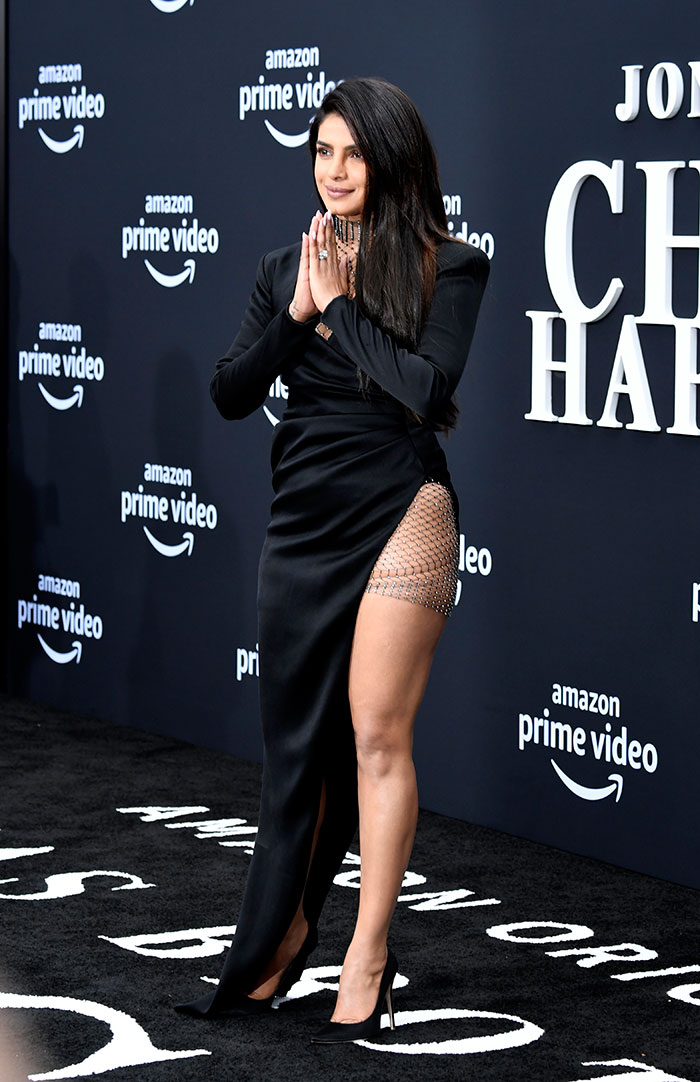 Priyanka Chopra at the premiere of Chasing Happiness (courtesy AFP)

Priyanka Chopra, Sophie Turner and Danielle Jonas, who have adopted the title of the 'Jonas Sisters', made it a full house at the premiere. Priyanka was not the only 'Jonas Sister' who was present - joining Joe Jonas at the premiere was his actress wife Sophie Turner. Kevin Jonas' plus one on the red carpet was his wife Danielle. The Jonas Brothers Instagrammed photos of their special ones from the premiere. "Premiere Carpet Pro-Tip #1: Always make sure you get the shot," Joe hilariously wrote for a video of Sophie while Kevin had a cute caption for a cute photo: "Date night."

Premiere Carpet Pro-Tip #1: Always make sure you get the shot #ChasingHappiness @sophiet 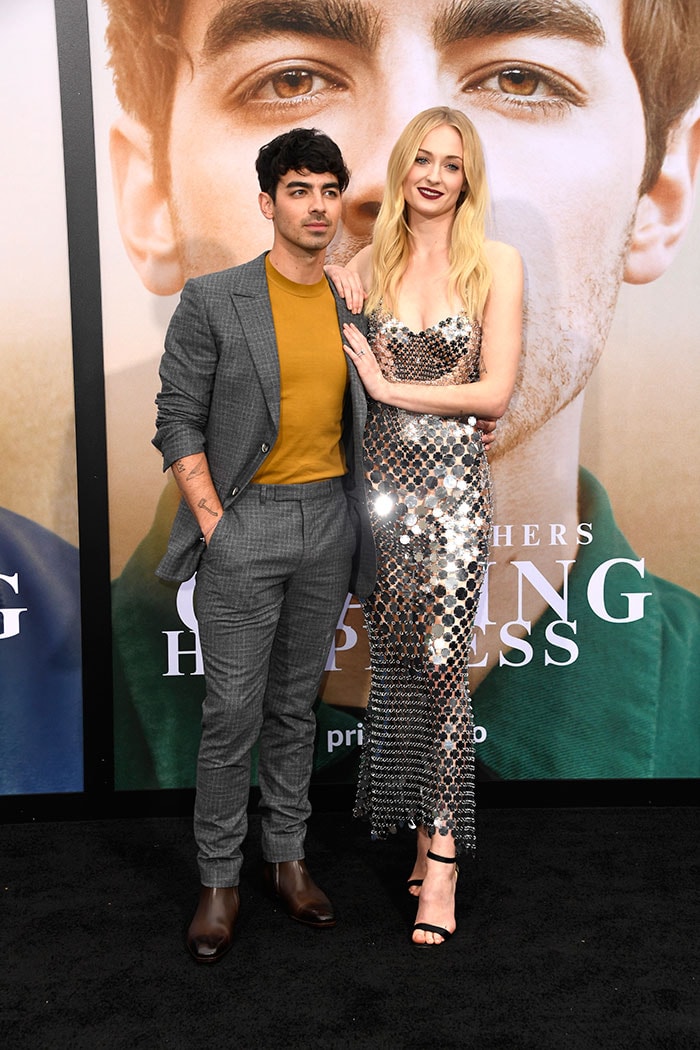 Sophie and Joe at the premiere of Chasing Happiness (courtesy AFP 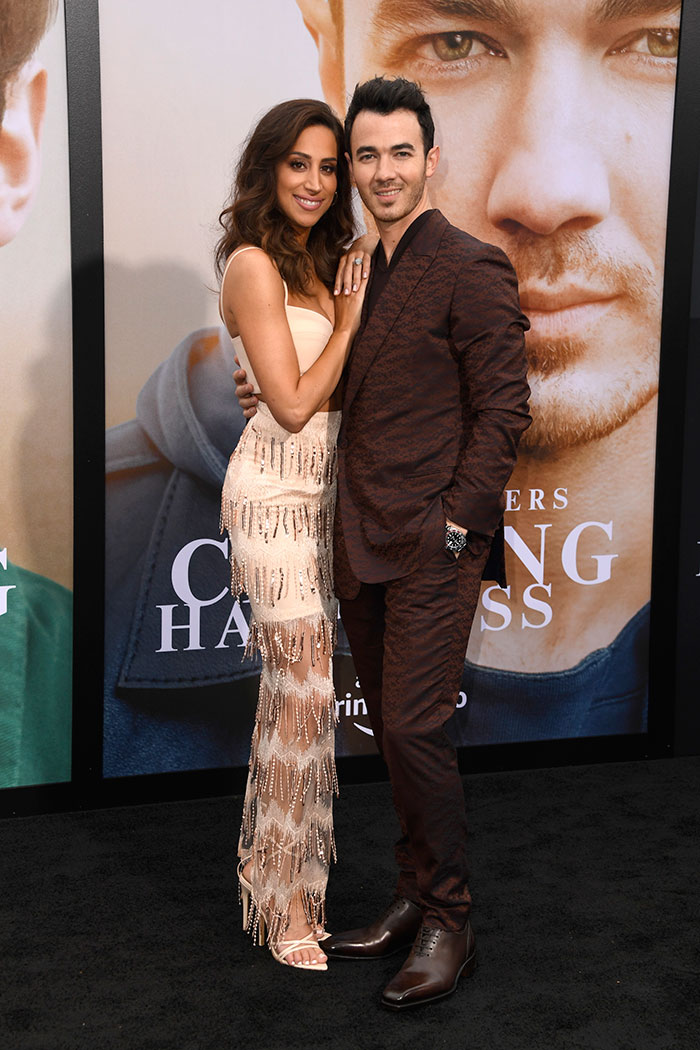 Danielle and Kevin at the premiere of Chasing Happiness (courtesy AFP)

The Jonas Brothers were also accompanied by their parents - Paul Kevin Jonas Sr and Denise Miller - at the Regency Bruin Theatre in Los Angeles, California and made for some great family pictures. 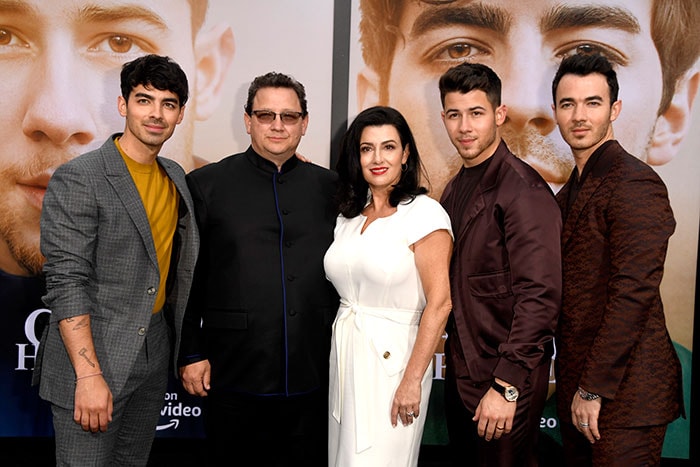 The Jonas Brothers with their parents (courtesy AFP)

In March this year, the Jonas Brothers made a comeback with the blockbuster single Sucker, which soared to the top of Billboard Hot 100 list. Since then, they have released another single Cool from their album Happiness Begins.