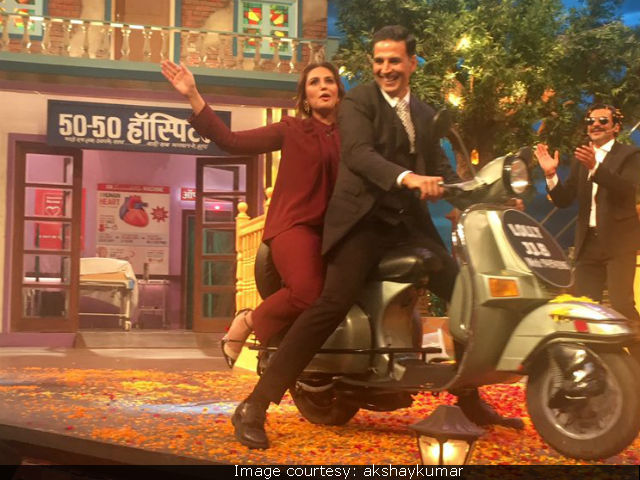 Akshay Kumar and Huma Qureshi on the sets of The Kapil Sharma Show (Courtesy: akshaykumar)

New Delhi: Actor Akshay Kumar, who is prepping for the release of his upcoming film Jolly LLB 2 promoted the court drama on the sets of The Kapil Sharma Show. Akshay came with his co-star Huma Qureshi. The Rustom star features as a small-time criminal lawyer Jagdishwar Mishra aka Jolly while Huma plays Pushpa Pandey, his wife. Akshay, 49, shared a picture from the sets of the comedy show. He wrote, "Pushpa and I had a jolly good time today, arriving in true Jolly style!" Akshay has been on the show several times in the past while Huma makes her debut. The actors arrived on a scooter. Jolly LLB 2 releases on February 10.

Pushpa and I had a jolly good time today, arriving in true Jolly style! Don't forget to tune in this weekend for #JollyLLB2OnTKSSpic.twitter.com/7IJjLXIB9S

Promoted
Listen to the latest songs, only on JioSaavn.com
Check out these 'Jolly' good pictures of Akshay and Huma from the sets of The Kapil Sharma Show: 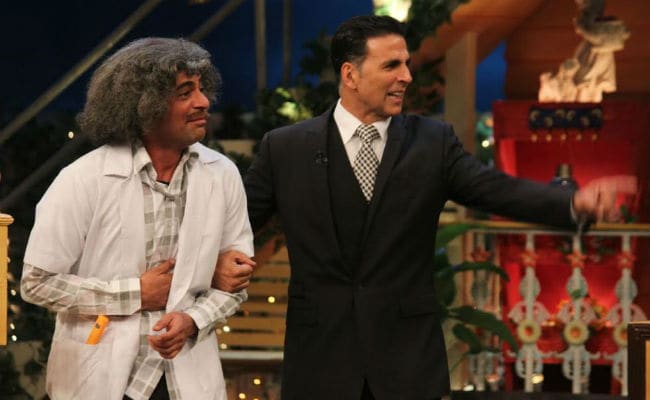 Akshay Kumar on the sets of The Kapil Sharma Show 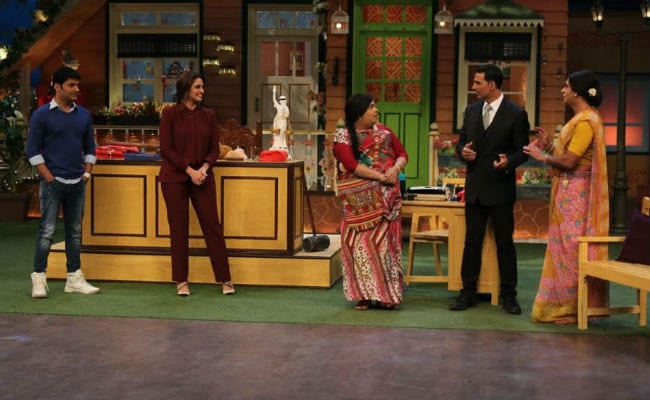 Talking about his role as a lawyer in Jolly LLB 2, Akshay told news agency IANS, "I don't prepare myself for any role. I think my directors prepare more than me. I believe that I would not be able to compete with my director's preparation because he is doing one film a year while I am doing more. Therefore, my common sense says that I only follow his preparation of the role for me. I don't act smart in front of my director."

Jolly LLB 2 is directed by Subhash Kapoor and is Akshay's first film of 2016. After Jolly LLB 2, Akshay will feature in Toilet EK Prem Katha, Rajnikanth's 2.0 and Pad Man.