John Abraham Explains How Dishoom is a 'Very Special Action-Comedy' 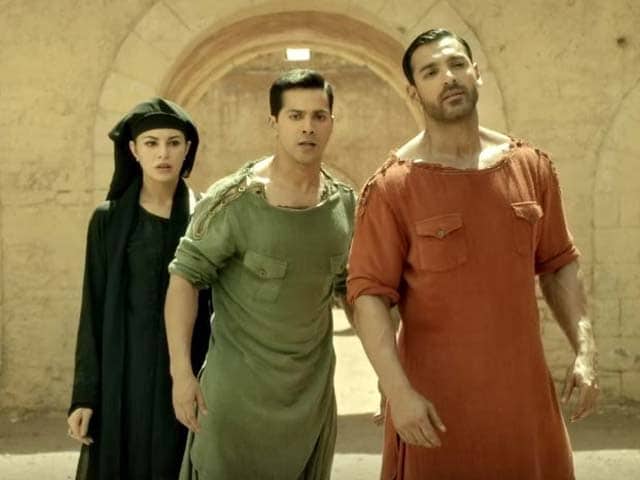 A still from Dishoom.

New Delhi: Actor John Abraham, who was once voted as the 'Sexiest Actor in India', said that being "sexy" is not just about appearance but also about the way a person leads his life.

"I think sexy is not just about your being as in the way you look, sexy is also about the way you live your life. You do something good in life, that makes you look sexier," John told IANS.

The Dostana star said that it feels "nice to be appreciated and it's nice to be voted as the sexiest actor".

In the upcoming actioner Dishoom, directed by Rohit Dhawan, John will be seen playing a police officer named Kabir. He said the alphabet 'D' and the name Kabir have both "worked" for him.

"The alphabet 'D' definitely has been coincidental in my life with Dhoom, Dostana and Dishoom. In these three films, my name is Kabir and I think somewhere down the line - there has been a Kabir attached to something that has worked for me. So I rate 'D' and Kabir highly," John said.

John, who is also a film producer, believes a movie is "successful only if it is good and it's not successful if it doesn't connect with the audience."

John has mostly featured in action films like Dhoom, Force, Race 2, Shootout at Wadala and Rocky Handsome and one wonders why John picks movies in the genre.

Talking about it, he said: "Action is my favourite genre and I really enjoy it. Though I love comedy as well. So for me, an ideal genre would be action-comedy film."

"I think Dishoom has got the action in it with me (my character), it's got the comedy in it with Varun (Varun Dhawan's character) and me. I think it's a very special film on that front," he added.

Dishoom is slated to release on July 29.