"I am opposed to the coastal road and 33 hectares of land being cut!" said John 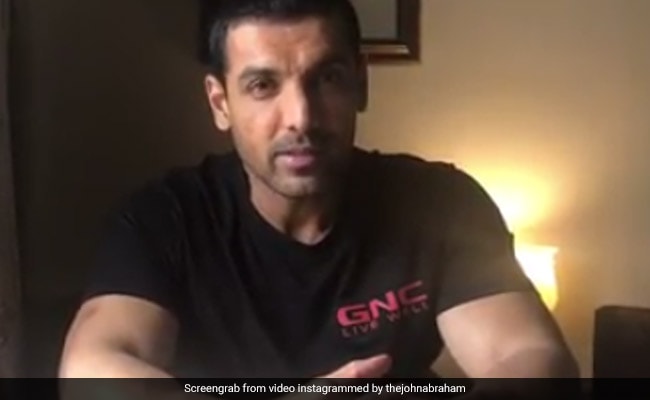 Bollywood actor John Abraham described as "ridiculous" the Maharashtra government's decision to cut down 33 hectares of green carpet for the development of the Metro 3 car shed in Mumbai. John was expressing his concern over the water crisis when he made the comment, during the trailer launch of his upcoming film Batla House here on Wednesday. "In this situation, when Maharashtra Government has decided to cut down 33 hectares of greenery at Arey Milk Colony, it makes me wonder if we are heading towards the right direction. I am opposed to the coastal road and 33 hectares of land being cut!" he said.

"It is ridiculous to see how they are displacing animals, trees as well as people living in these areas for metro rail," he added.

Present with John were his co-stars Mrunal Thakur and Nora Fatehi, along with director Nikkhil Advani and producer Bhushan Kumar among others.

The BMC and MMRC have already received around 82,000 objection letters from the affected community and environment conservatives. Bollywood celebrities like Randeep Hooda, Dia Mirza, Adil Hussain, Ashok Pandit, Pooja Bedi among others have already raised their voice to support the cause of saving the greenery.

John was asked about the present situation of the water crisis in Maharashtra and also the water-logging condition in the city due to the rain.

Addressing the issue the actor said, "We are not doing good water harvesting in the city and that is surely creating the water crisis. If we can harvest water rightly, the city and the country can have enough water. When the rain does not happen at the right time, we get worried and then when it rains in the city (Mumbai), it is flooded which obviously we do not like."

"The rivers are going to dry up in 30 years if the rain is not happening properly and water crisis will only increase. So it is a serious problem," he added.

Batla House is slated to release on August 15.