"The sound of the gunshots that were fired still echoes eleven years later," wrote John Abraham 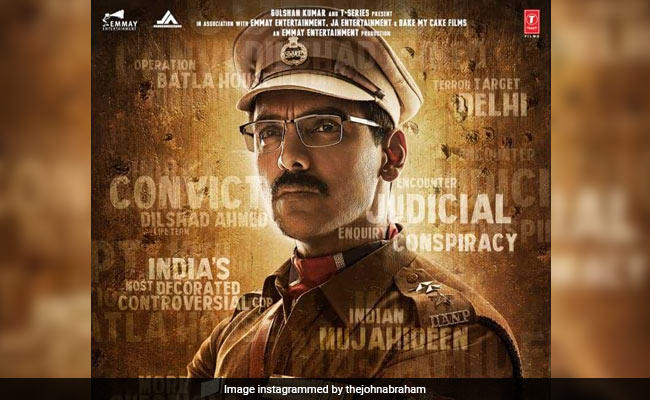 John Abraham, who plays the lead role inBatla House, shared the film's teaser on social media on Saturday. The teaser begins with text flashing on screen that reads, "Property of Police. Not for distribution" as a voice over plays in the backdrop. The video comprises abstract visuals of a shooting sequence and we barely get a glimpse of John Abraham. At the end of the video a text flashes on screen, which reads, "In 2008, a few gunshots created many stories. 11 years later, we give you the real story." The teaser occupied a spot on the list of trends within no time and over 5 lakh views on YouTube within a few hours.

Check out the teaser of Batla House here:

John shared the film's teaser on social media and he wrote: "The sound of the gunshots that were fired still echoes eleven years later. Witness the real story in the Batla House trailer." In his post, the actor also revealed that the film's trailer will release on July 10. Take a look at John's post here:

The actor also shared another poster from the film on Instagram and he captioned it: "Aur iss encounter se shuru hua Batla House investigation. Watch the truth unfold in the Batla House trailer on July 10."

Batla House is an action-thriller directed by Nikkhil Advani. The film is based on the famous encounter that took place in September 2008. The Batla House incident, popularly known as 'Operation Batla House,' occurred in Delhi's Jamia Nagar locality, in which two suspected terrorists were killed. John Abraham plays the role of a cop in the film.

Batla House is slated to release on August 15 this year. The film will clash with Akshay Kumar's Mission Mangal and Prabhas and Shraddha Kapoor's Saaho at the box office.