"Aided by Janmashtami festivities, should maintain a steady trend over the weekend," tweeted Taran Adarsh 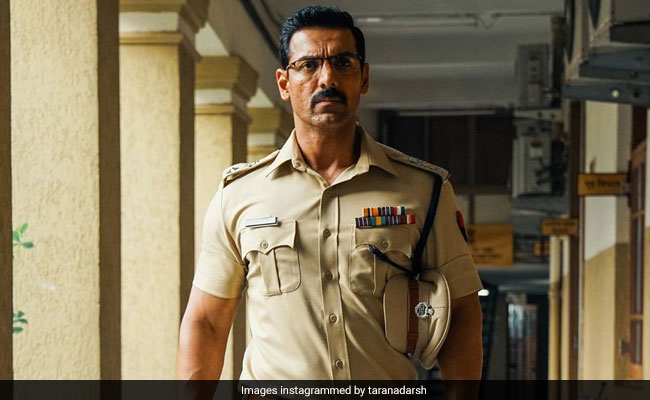 John Abraham's Batla House, which opened in theaters on Independence Day, has managed to collect over Rs 69.99 crore as of now, reports Bollywood trade analyst Taran Adarsh. Despite facing competition from Akshay Kumar's Mission Mangal, Batla House witnessed an "upswing" on the second Friday. In his tweet, Taran Adarsh also stated that the film is likely to maintain a "steady trend" over the weekend as well. He also stated that the film is performing better than Satyameva Jayate (which released on Independence Day last year) and it earned Rs 4.15 crore within two weeks of its release).

Batla House has been performing well at the box office. The film collected Rs 15.55 crore on its opening day. Directed by Nikkhil Advani, the film is based on the Batla House encounter that took place in September 2008 in Delhi's Jamia Nagar locality, in which two suspected terrorists were killed. Besides John Abraham, the film also stars Mrunal Thakur, Ravi Kishan, Manish Chaudhari and Rajesh Sharma in pivotal roles.

Batla House did not receive great reviews from film critics. In his review for NDTV, film critic Saibal Chatterjee gave the film 2.5 stars out of 5. He wrote: "The film leaves you with a feeling that it had the potential to be an absolute humdinger. But stray flashes apart, the dramatized true story drifts too far from the heart of the matter without delivering the expected drama."