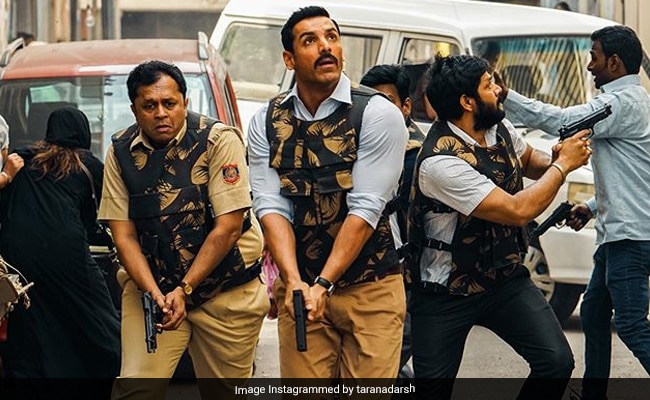 John Abraham's Batla House, directed by Nikkhil Advani, is still in the box office game as the film's total crossed Rs 80 crore over the weekend, reported trade analyst Taran Adarsh. Mission Mangal, which released along with Batla House on Independence Day, has collected over Rs 160 crore so far but John's film is also getting the box office numbers. Taran Adarsh said that Janmashtami festivities and the lack of big releases this weekend helped Batla House at the ticket window. He tweeted, "Batla House has been appreciated and that's reflecting in its numbers... Additionally, lack of major release plus Janmashtami festivities have helped put up a strong total in weekend 2... The total India business so far is Rs 83.78 crore."

Later this week, Prabhas and Shraddha Kapoor will bring their action thriller Saaho to the theatres, which may affect the businesses of Batla House and Mission Mangal. Saaho is Prabhas first big screen appearance after SS Rajamouli's superhit Baahubali series.

Batla House is based on the controversial police encounter that took place took place in New Delhi's Jamia Nagar in 2008, in which two suspected terrorists were killed. John Abraham plays the role of DCP Sanjeev Kumar Yadav, who along with his team, was put under the scanner after theories of it being a fake encounter went viral.