John said, "Often in such cases, we just focus on the professional side of a person's life, forgetting the effect it has on their mental wellbeing." 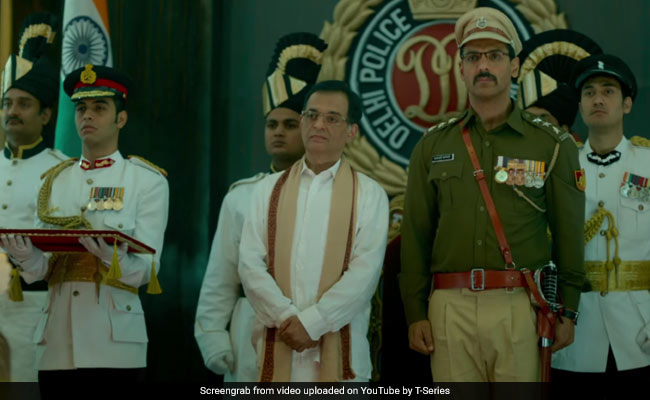 John Abraham, who stars in this week's Batla House, told news agency IANS that the Nikkhil Advani-directed film tells a 'much bigger human story' than the controversial police encounter that took place took place in New Delhi's Jamia Nagar in 2008, which has inspired the film's major plot. John Abraham, who plays the role of DCP Sanjeev Kumar Yadav, who was a part of the Batla House encounter, in which two suspected terrorists were killed, said, "To me, Batla House is not just a film about the most controversial encounter in recent times, an incident that got twisted and turned to suit different political agendas. It is a much bigger human story of DCP Sanjeev Kumar Yadav, who went through excruciating personal turmoil in the line of duty."

"Often in such cases, we just focus on the professional side of a person's life, forgetting the effect it has on their mental wellbeing. The post-trauma stress that Sanjeev Yadav went through, and his struggle to come to terms with it and rise above it, make for an inspiring journey, and I have tried to encapsulate it in the character I play," the 46-year-old actor said.

"We have tried to bring to our audiences' notice that our police officers are as human as rest of us, and often suffer from issues such as PTSD and other issues in line of duty. This aspect of John's character is one of the most important elements of the storytelling," the film's co-producer Bhushan Kumar added.