Priyanka Chopra was surely a show-stealer at the party in a feathered Ralph and Russo ensemble. 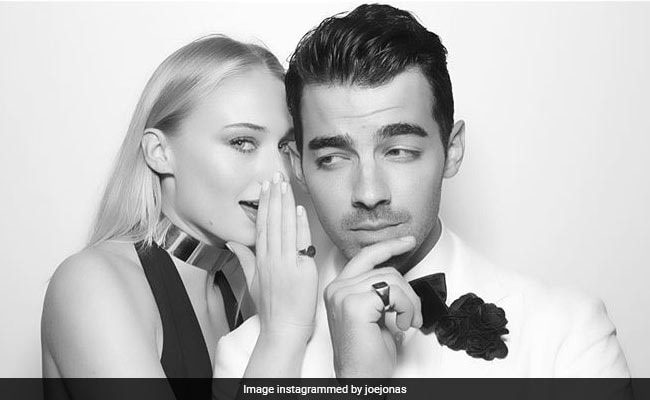 Previously in New York, celebrations of Joe Jonas' birthday echoed in the Cipriani Wall Street because a birthday party hosted by Sophie Turner can only be "epic." Now, days after the much talked about Bond-themed party in Wall Street, Joe Jonas shared a few glimpses of a black and white photoshoot that preceded the celebrations. While we were eagerly hoping to see Priyanka Chopra in the photos, we only got cute pics Nick Jonas, Kevin Jonas and of course Sophie and Joe. Dedicating the post to Sophie Turner, Joe wrote: "Thank you babe for throwing me the most epic bond themed 30th birthday. Here's a few pictures before the drinks."

Meanwhile, Priyanka Chopra was surely a show-stealer at the party in a feathered Ralph and Russo ensemble. Pictures of Priyanka and Nick leaving for Joe's birthday party hand-in-hand were shared by the actress' stylist Mimi Cuttrell, who described her in the best possible words: "The gorgeous Priyanka. Deatils of Priyanka's stunning outfit were shared by Mohieb Dahabieh from Team Ralph and Russo: "Black tulle cocktail dress with multi-coloured paillette embellishment, embroidered neckline and tiered devore ostrich feather trim."

Priyanka Chopra has been an integral part of the Jonas family festivities from way before her officially joined the family last year. The actress has been accompanying the Jonas Brothers on their ongoing Happiness Begins Tour. Priyanka, who shuttles between India and the US through the year, has Bollywood movie The Sky Is Pink lined-up for release.