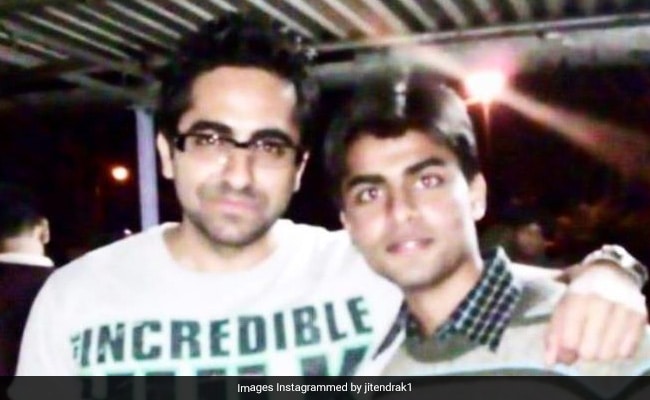 A lot can happen over a span of ten years and the recent #10YearChallenge post shared by Shubh Mangal Zyada Saavdhan actor Jitendra Kumar reminds us of just that. On Thursday, the actor shared a picture collage on his Instagram profile. He shared a throwback from the year 2010, juxtaposed against a recent one - both the pictures feature his co-star Ayushmann Khurrana. Jitendra captioned his post: "10 saal me kya kuch nahi badla? Ya... Kya kuch badla? Maybe phone camera ke megapixels." In his post, the actor revealed that the picture was taken at Jitendra's alma mater Indian Institute of Technology (IIT) Kharagpur." He added the hashtags #iitkgp and #shubhmangalzyadasaavdhanto the post.

Last month, in an interview with Mumbai Mirror, Jitendra revealed that he instantly knew that he wanted to be a part of Shubh Mangal Zyada Saavdhan. "I met Hitesh two months after the offer came along. When I heard the narration, I instantly knew I wanted to be part of the film. I discovered later that even Ayushmann had been lobbying to get me on board," Jitendra said.