Jersey Trailer: Shahid Kapoor Rises From The Ashes Of A Cricket Career 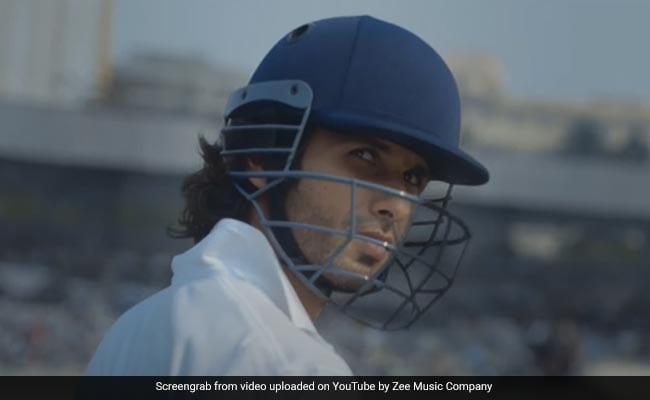 Jersey Trailer: Shahid Kapoor in a still from the film. (Image courtesy: YouTube)

The much-awaited trailer of Shahid Kapoor and Mrunal Thakur's Jersey released on Tuesday evening and it is everything we had hoped for. Jersey, which is the Hindi remake of the 2019 Telugu movie of the same name, features Shahid Kapoor as a talented but failed cricketer who decides to rise again and re-enter the game in his thirties for the sake of his son. The film stars Mrunal Thakur as Shahid Kapoor's wife and Pankaj Kapur as his mentor. The trailer starts with Shahid Kapoor, who once used to be a popular cricketer but isn't doing anything professionally currently, asking his wife for some money, after which she denies. He takes his son to his cricket training when the kid asks him to give him a cricket jersey as a gift on his next birthday. Shahid, who is "struggling to make ends meet, wants to fulfill his child's wish" but for that, he has to face his "heroic past."

Stuck between avoiding his old life and the desire to fulfill his son's wish, Shahid Kapoor approaches his coach (played by his father Pankaj Kapur) and decided to re-enter the game in his thirties.

Jersey has been directed by Gowtam Tinnanuri, who also made the original Telugu film.

Watch the trailer of Jersey here:

A day before the release of Jersey trailer, Shahid Kapoor shared the first poster of the film and wrote why it is "special" for him": "IT'S TIME! We have waited to share this emotion with you for 2 years. This story is special. This team is special. This character is special. And the fact that we get to share it on the big screen with you all is special. I don't have words to express my gratitude. I hope you all feel what I felt when I played him. Here we go."

Jersey will open in theatres on December 31 this year.