Shahid Kapoor headlines the film which is a remake of a Telugu film of the same name. 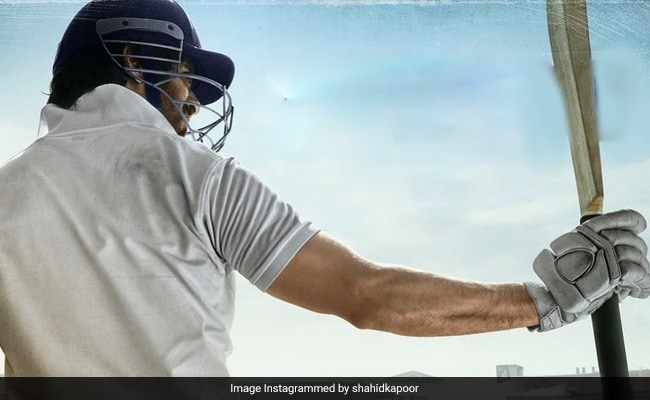 The wait is over. The trailer of Shahid Kapoor's much-awaited film Jersey will be released soon. More specifically, the trailer of the sports drama will be unveiled at 5.30 pm tomorrow (November 23), according to the film's hero. In a new post on social media, the actor has released the first poster of the film. In it, Shahid Kapoor is seen standing in a stadium in his cricket jersey and gear, holding his bat up in the air. Sharing further details of the film, Shahid Kapoor explained that the project is special thanks to the story, the team and the character. In the caption, Shahid Kapoor wrote, “It's time! We have waited to share this emotion with you for 2 years. This story is special. This team is special. This character is special.”

Confirming that the film will have a theatrical release, Shahid Kapoor said, “And the fact that we get to share it on the big screen with you all is special. I don't have words to express my gratitude. I hope you all feel what I felt when I played him. Here we go,” tagging his co-star Mrunal Thakur and director Gowtam Tinnanuri. The poster also mentioned that the film would hit cinema screens across the globe on December 31, 2021.

“Finally,” wrote director-duo Raj and DK in the comments section. The directors are working with Shahid Kapoor for an upcoming web series.

The release date of the film was announced a few weeks ago by Shahid Kapoor. Sharing a picture in which he is dressed as a batsman, the actor wrote, “Jersey releasing in theatres 31st December 2021.”

Mrunal Thakur, who plays the lead opposite Shahid Kapoor in the film, also shared the poster of the film with a warm note. In the caption, she said, “I'm super excited to share the poster of my upcoming film Jersey. This one is extremely close to my heart. Can't wait for you guys to witness the magic team Jersey has created. Jersey trailer out tomorrow. Do it for the ones you love.”