Jersey: For Shahid Kapoor, The Most "Embarrassing" Moment On Set Was Running With "Batting Pads On"

In Jersey, Shahid Kapoor features as a talented but failed cricketer who decides re-enter the game in his thirties for the sake of his son 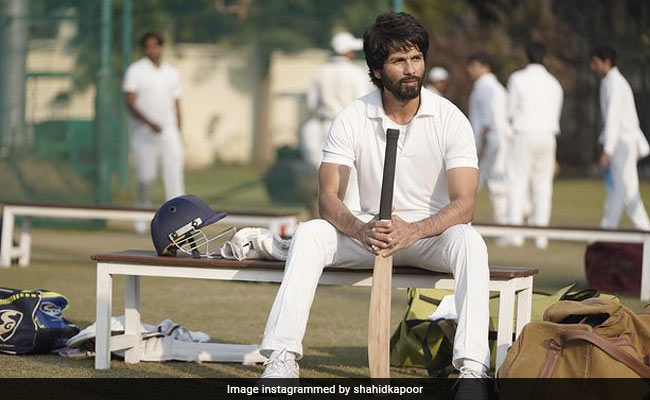 Shahid Kapoor, in an exclusive interview with ETimes, revealed one of his most "embarrassing" moments on the sets of his upcoming film Jersey and it is actually hilarious. The actor, who co-stars with Mrunal Thakur in the Gowtam Tinnanuri-directed film, shared that he found running with the "batting pads on" quite "embarrassing" on the set. In Jersey, Shahid Kapoor features as a talented but failed cricketer who decides re-enter the game in his thirties for the sake of his son. When asked about his most embarrassing moment on any set, the actor told ETimes: "Bahut hote hain. Kabhi pant phat jaati hai dance karte waqt, kabhi dialogue bahut ganda bol dete hain (Many things happen- sometimes the pant tears off while dancing, sometimes you don't say the dialogue good enough). In 'Jersey', I found it embarrassing to run with the batting pads on."

Jersey showcases the story of a cricketer, who returns to play cricket in his 30s, by joining the Indian cricket team. It is a remake of a 2019 Telugu film of the same name, which was also directed by Gowtam Tinnanuri. The film will also feature Shahid Kapoor's father Pankaj Kapur as his coach.

During the aforementioned interview with ETimes, Shahid Kapoor opened up about working with his father in Jersey and revealed they have had their own "share of disagreements" over a few scenes while shooting for the film. He said: "Yes, he is a phenomenal actor. We have even had our share of disagreements. You see, movie making is a collaborative effort. Filmmaking can't be a single dimension. It's not about what one person wants. My father is a very clear actor and has a lot of thoughts. Being his son, it's ditto for me. It was great to have all that. We both were very respectful of each other's opinion. I think it's actors who are not self-assured of themselves, who get stuck into doing it only one way; they overthink things."

In Jersey, Mrunal Thakur plays the role of Shahid Kapoor's girlfriend-turned-wife. The trailer of the film released last month. In case you haven't seen it yet, check it out now:

Jersey will open in theatres on December 31 this year.