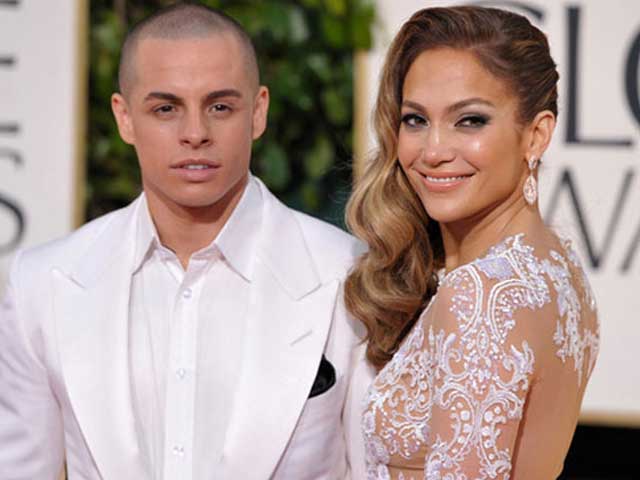 Singer-actress Jennifer Lopez and her former boyfriend Casper Smart were spotted together, and this has sparked rumours that they have reconciled. (Also read - I Would Love To Have Twins Again: Jennifer Lopez)

Casper Smart was photographed wrapping his arm around the Booty hitmaker's waist outside a Hotel Cafe on Thursday night, reports eonline.com.

The star of The Boy Next Door wore a white blazer over a top and blue skinny jeans. Her hair was styled in small bun and her bangs were curled. She completed her look with earrings, a studded clutch and pointy pumps. The 27-year-old dancer and choreographer, meanwhile, donned a grey blazer over a blue shirt, a pair of jeans and black shoes.

Casper attended the Z Zegna and GQ event at Phillymack Studios alongside Nick Jonas and Joe Jonas before meeting Lopez.

Promoted
Listen to the latest songs, only on JioSaavn.com
"He was in a really happy mood. He talked to Nick and Joe and also Reggie Bush," said a source.

Casper then met Jennifer at a Hotel Cafe for another party where Nick, Queen Latifah and Meek Mill performed. An insider at the party says Casper and Jennifer "didn't get into any touchy-feely PDA but were definitely together."