"One of the best parts of working with Jen is reliving my favourite lines from F.R.I.E.N.D.S!" wrote Reese Witherspoon 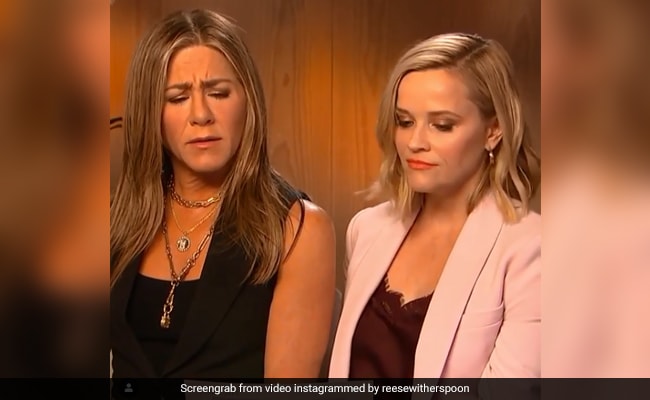 The Green sisters are back! Well, you read it right. Jennifer Aniston and Reese Witherspoon, who played Rachel and Jill Green on the iconic TV show F.R.I.E.N.D.S, occupied the top spot on the list of trends after they re-enacted one of the scenes from the show. On Saturday, Reese Witherspon shared a video of herself and Jennifer Aniston, in which the duo could be seen recreating a short scene from one of the episodes of the sixth season, where Rachel and Jill Green argue about Ross (Rachel's love interest, played by David Schwimmer). In the video, Reese could be seen helping Aniston to recall her lines from the episode. Sharing the video on her Instagram profile, Reese Witherspoon wrote: "One of the best parts of working with Jen is reliving my favourite lines from #FRIENDS! #theGreenSisters."

Now, take a look at the aforementioned video:

One of the best parts of working with Jen is reliving my favorite lines from #FRIENDS! #theGreenSisters

The F.R.I.E.N.D.S's fans, who couldn't contain their excitement over the reunion, were really quick to comment. One of the users wrote: "The best line from that episode is 'And you. I throw myself at you and you say no? How gay are you?' Hilarious and perfect delivery. Gets me every time" while oother commented: "Thanks for bringing the Green sisters back, the best 28 seconds ever, I mean it."

Other than F.R.I.E.N.D.S, Jennifer Aniston has starred in several sitcoms and films like We're The Millers, The Object of My Affection, Just Go With It, Along Came Polly, Murder Mystery, Love Happens and She's Funny Like That among others.