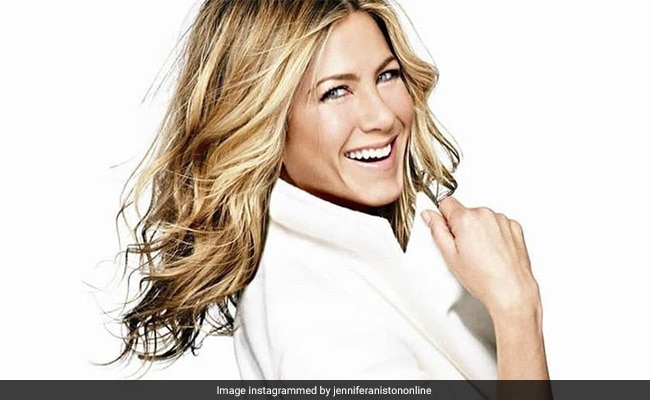 25 years after F.R.I.E.N.D.S first aired, Jennifer Aniston is still there for you (sorry, just like some of the celebrities who commented on her first Instagram post, we just had to). The actress, 50, joined Instagram yesterday and instantly broke the Internet. At last count, she had about 7 million followers and 8.5 million likes on her only post so far - a selfie of herself and the rest of the F.R.I.E.N.D.S: Courteney Cox, Lisa Kudrow, Matthew Perry, David Schwimmer and Matt Leblanc. Jennifer's post was inundated within minutes by comments not just from fans but also from many of her famous pals. Among those who left a response was the actress' ex-husband, actor-writer Justin Theroux. "Woot-woot!" wrote Justin, adding a couple of emojis.

Scrolling through the comments section is pretty much like reading a who's who of Hollywood. "This is huge," wrote Gwyneth Paltrow. Kate Hudson wrote, "Whoa girl! Here we go." Reese Witherspoon was among the first to comment, writing, "Yasss! Welcome to Insta." Mariah Carey wrote, "Yaaay! Welcome to Instagram, Jennifer. It's a moment."

A screenshot of Justin Theroux and Reese Witherspoon's comments on Jennifer's post.

A screenshot of Kate Hudson and Mariah Carey's comments on Jennifer's post.

Several comments made references to F.R.I.E.N.D.S. "I'm so glad they're still there for you," wrote chat show host Ellen Degeneres, invoking the title song of the iconic sitcom. "Now you're here for usssssss," commented One Tree Hill star Sophia Bush; "I had to," she added in parentheses - we can relate.

A screenshot of Ellen and Sophia's comments on Jennifer's post.

Lisa Kudrow, the delightfully ditzy Phoebe Buffay from F.R.I.E.N.D.S, left a comment that read simply, "Woo hoo! WOOooooOO!" Courteney Cox, who is Jennifer Aniston's best friend for real as well as for reel, welcome her to Instagram with a post of her own - a picture of the two actresses with a caption that modified a dialogue from the very first season of the sitcom: "Welcome to the social media world... it sucks. You're gonna love it." See Courteney's post:

Hi Jen! Welcome to the social media world...it sucks. You're gonna love it!

Instagram went into such a spiral over Jennifer Aniston's debut that her page went 'on a break' for a while shortly after she joined, reported The Guardian and other international sites. Her next post is eagerly awaited.

F.R.I.E.N.D.S, on which she played former rich girl making it on her own Rachel Green, made Jennifer Aniston a star but she also has an impressive resume of films, including the Horrible Bosses movies and some collaborations with Adam Sandler, the latest of which is Netflix project Murder Mystery.