Janhvi Kapoor Is Either "Poo" Or "Parvati," There's No In Between

Janhvi Kapoor just made our day 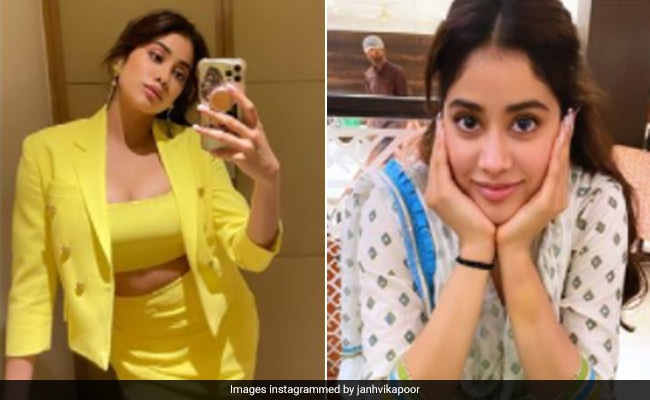 Actress Janhvi Kapoor never fails to amuse her fans with her fabulous social media posts. From her hilarious "aksa gang" dance videos to her stunning photoshoots, we love all of her Instagram entries. On Tuesday, the actress dropped a collage of her two pictures on her Instagram story. While one picture features her in the party mood wearing a yellow skirt and matching crop top, the other one features her in traditional attire wearing a white suit. Janhvi Kapoor used the famous reference of "Poo and Parvati" from Kareena Kapoor's much-loved role in Kabhi Khushi Kabhie Gham to describe her two different moods. "2 moods only," she wrote along with the picture. She also asked her fans to chime in and tell which mood they fit into. "Which one are u?" she wrote and gave two options - "Poo" and "Parvati." 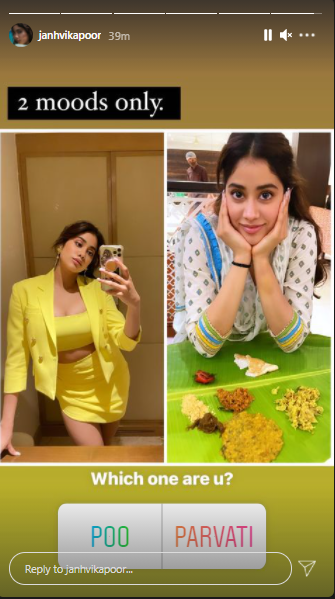 Last week, Janhvi dropped a brand new dance video featuring herself and her "aksa gang." This time the gang was seen grooving to the foot-tapping music of the song Nakka Mukka. "Aksa gang returns. Low budget sequel, no location no props but aksa gang still rocks," she wrote in the caption of the video. The hilarious dance video went viral in just minutes and sent the Internet into a tizzy.

Janhvi Kapoor keeps treating her fans to some of the most stunning pictures of herself on Instagram.

In terms of work, Janhvi was last seen in horror comedy Roohi. She will next be seen in Good Luck Jerry and Dostana 2.