"Maybe I am a little filmy," Janhvi Kapoor captioned her photos 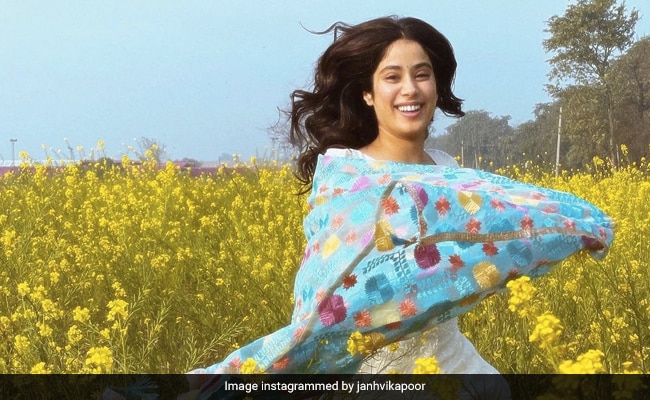 Actress Janhvi Kapoor shared a bunch of photos from her Good Luck Jerry diaries on Instagram and they are a little "filmy," like she said in her caption. Janhvi Kapoor's photos appear to be right out of the sarson ka khet scene from Dilwale Dulhania Le Jayenge - when Kajol reunited with Shah Rukh Khan in Punjab. Dressed in white salwar kameez, styled with a blue phulkari dupatta, Janhvi flutters around in the yellow mustard fields in the photos. "Maybe I am a little filmy," Janhvi captioned her photos. It's as if you can almost hear Shah Rukh Khan's Raj playing the mandolin in the background.

Meanwhile, Janhvi Kapoor also shared this photo from when she was in phulkari heaven: 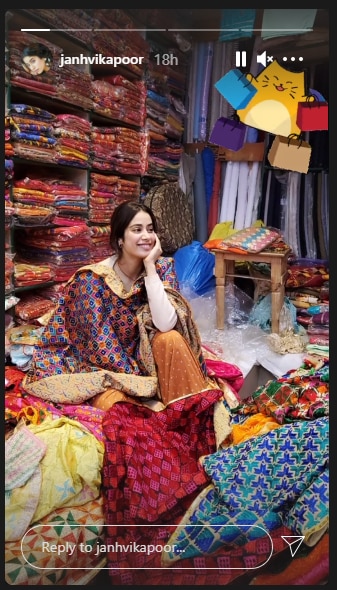 Janhvi Kapoor is a desi girl, which she summed up with this caption: "Travelled the world but no place makes me jump like."

Janhvi Kapoor was in Punjab for the shooting schedule of Good Luck Jerry. She recently travelled back to Maximum City as farmers disrupted the film's shoot. Earlier in January, a group of protesters had barged into the shooting location, demanding that the actor make a public statement in support of farmers.

Janhvi Kapoor was last seen in Netflix release Gunjan Saxena: The Kargil Girl and was critically applauded for her performance. Janhvi Kapoor's upcoming list of films include Roohi Afzana, in which she co-stars with Rajkummar Rao, and also Dostana 2, co-starring Kartik Aaryan.