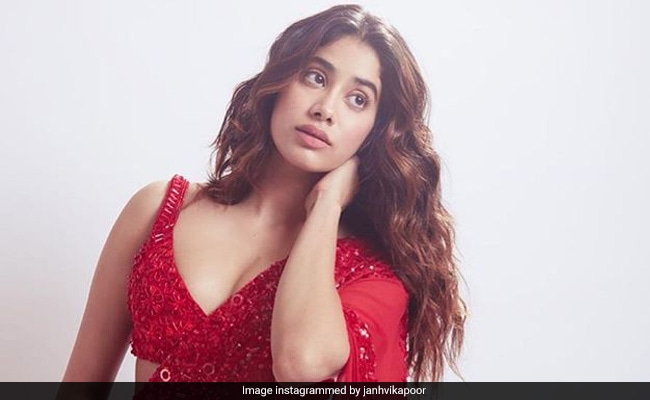 Janhvi Kapoor, who got her big Bollywood break courtesy Karan Johar's Dharma Productions, in a recent interview with Film Companion revealed that she auditioned for a film that was being backed by the production house but she didn't get it. She also told Anupama Chopra during the interview that she "enjoys" the audition process. "I am no one in the scheme of things to sit and think ki abhi movies aayenge mere liye. I am much more comfortable going and I actually enjoy the entire process of auditioning," Janhvi Kapoor said during the interview. She added, "In fact, I auditioned for films within Dharma also. I actually auditioned for a film in Dharma only that I didn't end up getting."

Janhvi Kapoor, daughter of late actress Sridevi and film producer Boney Kapoor, made her Bollywood debut with the 2018 film Dhadak, which was directed by Shashank Khaitan and it was produced by Karan Johar. Janhvi's recently-released film Gunjan Saxena: The Kargil Girl has also been backed by Dharma Productions. Besides that, the actress has also signed Karan Johar's next directorial project Takht. Her line-up of films also includes Dharma Productions' Dostana 2.

Janhvi Kapoor recently featured in Gunjan Saxena: The Kargil Girl, co-starring Angad Bedi, Pankaj Tripathi and Vineet Kumar Singh, which opened to largely positive reviews from film critics. However, the film was named on the list of 'star kids' that a section of the Internet said it would boycott. The film released on Netflix.