Throughout the song, Ranbir and Katrina are coordinated in a quirkily synchronised manner. In the new video, Katrina reveals how that happened 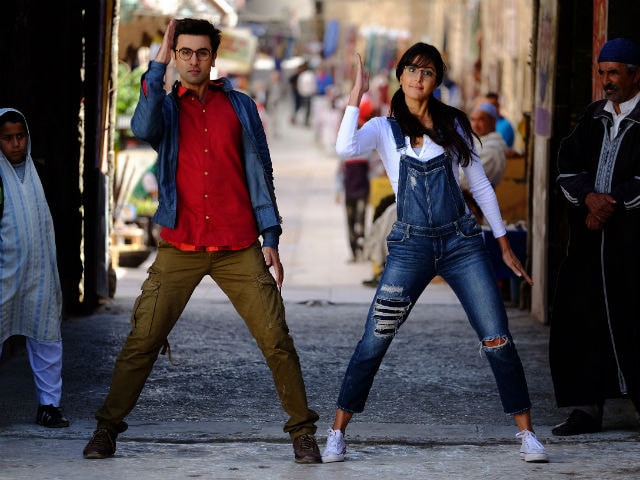 Ranbir Kapoor and Katrina Kaif on the sets of Jagga Jasoos

New Delhi: Welcome to the world of Jagga Jasoos. A new behind-the-scenes video reveals what went down during the shooting of Ullu Ka Pattha, the first song from Ranbir Kapoor and Katrina Kaif's much talked-about film. We will tell you what, a lot of leg pulling on Katrina's part. Ranbir perhaps doesn't even know. Ullu Ka Pattha features the former couple doing goofy steps to song by Arijit Singh and Nikita Gandhi. Throughout the song, Ranbir and Katrina are coordinated in a quirkily synchronised manner. In the new video, Katrina reveals how that happened. She said, she was being patient and making way for Jagga urf Ranbir to shine out. "I'm slowing it down as much as possible so that Jagga can keep up with me," she says in the video. We are waiting for Ranbir Kapoor's reaction, Katrina.

Katrina, who appears to be in the mood for some mischief and fun, added: "Sometimes you have to sacrifice, so the other person can come out stronger, so they get the confidence back, and then it brings the song on the same level." Poor Ranbir. "I think I'm generous enough to do that. So, I kept on making accidental 'mistakes' so that he would get his confidence back," she added.

Watch Katrina Kaif playing it down:

Promoted
Listen to the latest songs, only on JioSaavn.com
Jagga Jasoos features Ranbir as the titular detective while Katrina stars as his bumbling accomplice. Ranbir and Katrina's adventures are set in a Disney-like world, reminiscent of Madagascar, The Lion King and Tintin movies.