"Love doesn't always need to be figured out," wrote Sidharth 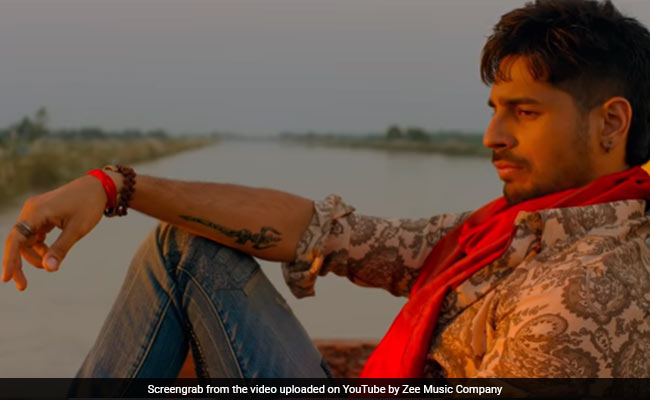 Sidharth Malhotra in a still from the song. (Image courtesy: YouTube)

Jabariya Jodi's third song Ki Honda Pyaar dropped on the Internet today and we bet Arijit Singh's voice will make you play the song on loop. After Khadke Glassy and Zilla Hilela, the makers released the third song from the film, which is about Parineeti Chopra and Sidharth Malhotra's heartbreak. The 2 minutes 35 seconds video starts with Abhay Singh (played by Sidharth) and Babli Yadav's (played by Parineeti) school romance. It flips between flashbacks of school days and present day of Abhay and Babli. Sung by Arijit Singh, the song has been composed by Vishal Mishra and written by Raj Shekhar.

Sharing the latest track on Instagram, Sidharth Malhotra wrote: "Love doesn't always need to be figured out" while Parineeti Chopra called it her "favourite" song.

Now check out the song here:

Jabariya Jodi will be Sidharth Malhotra and Parineeti Chopra's second film together. The duo have previously shared screen space in Hasee Toh Phasee. In the film, Sidharth plays a goon, who can be entrusted with the successful kidnapping of grooms and then gun-point weddings. However, when it comes to his personal life, he is not ready for commitments. On the other hand, Parineeti plays a stubborn and determined lover, who decides to kidnap Sidharth for a gun-point wedding, locally known as 'jabaria shaadi' in Bihar.

Talking about his role in the movie, Sidharth Malhotra told news agency IANS: ""I think I haven't played this kind of role earlier in my career and for Pari (Parineeti Chopra) also, it's a different world and different role."

Jabariya Jodi is directed by Prashant Singh. The film will open in theatres on August 2, where it will clash with Sonakshi Sinha-led Khandaani Shafakhana, which is also releasing on the same day at the box office.