For Jabariya Jodi, the makers created a lot of things of Patna in Lucknow 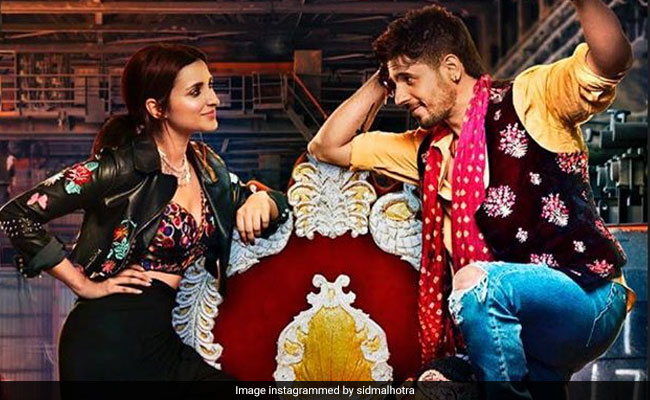 Actor Sidharth Malhotra, who has wrapped up shooting his upcoming film Jabriya Jodi, said the romantic comedy film is based on 'Pakadwa Vivah' (forced marriage), which is rampant in Bihar. Sidharth was interacting with the media at the wrap-up party of Jabariya Jodi along with his co-actor Parineeti Chopra and director Prashant Singh on Tuesday. On the basic premise of the film, Sidharth said: "It is a romantic comedy film based in Patna (Bihar). It revolves around the concept of Pakadwa Vivah. We have been shooting for this film since last year. We created a lot of things of Patna in Lucknow (Uttar Pradesh)."

He is glad to have collaborated with Parineeti again after Hasee Toh Phasee.

"I think I haven't played this kind of role earlier in my career and for Pari (Parineeti Chopra) also, it's a different world and different role. We are really excited for the film and that's why we are celebrating with a wrap-up party of the film. The entire crew has worked really hard on this film and hopefully soon, in a month or two, we might release some content of the film," the actor said.

When asked about the pressure he is feeling with the release of Jabariya Jodi, he said: "We are nervous with every film. We are as nervous and as excited with every film."

On the unique title of the film, the director said: "Since it is based on forced weddings that happen in Bihar and in the regional language, forced means jabariya. So, that's how we came up with the title of this film."

When Parineeti was asked if she faced any difficulty in learning the dialect for the film, she said: "I think the good thing was that our director knows that world really well and in his Hindi also, there is a little bit flavour of Patna. So, it was really easy for me and Sidharth (Malhotra) because we used to follow Prashant blindly."

Parineeti's last released film Kesari turned out to be a box office hit.

Talking about the pressure to follow it up with 'Jabariya Jodi, Parineeti said: "Whether you are coming from a success or whether you are coming from any sort of failure, it doesn't matter because every film is a new test. Every Friday is a new exam. It doesn't matter how big or small a star you are. Every film is a new test because it's all in the audience's hand. Audience have to love the film and accept it, so I hope we do best with this film."