"The crazy journey of Jabariya Jodi comes to an end," Instagrammed Sidharth Malhotra 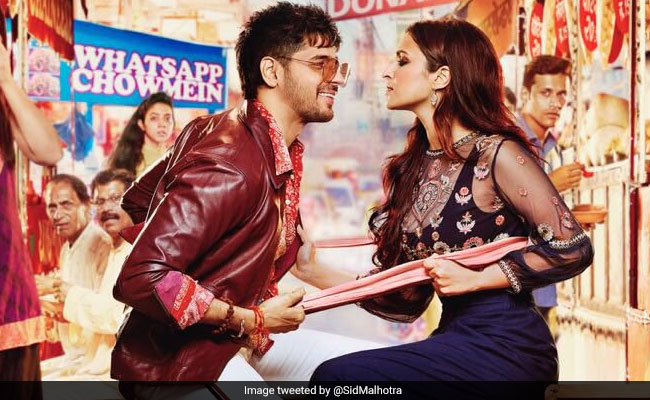 It's a wrap for Sidharth Malhotra and Parineeti Chopra's Jabariya Jodi! Sidharth Malhotra shared a brief but fun video on his social media accounts to share the update and also confirmed the film's release date. Describing his experience of working on Jabariya Jodi, Sidharth said it has been nothing short of "crazy": "The crazy journey of Jabariya Jodi comes to an end! Thanks to the entire cast and crew for their endless support. Can't wait for you guys to watch the film in cinemas on July 12, 2019." In the video, Parineeti and Sidharth can be seen celebrating the wrap on the film with what looks like a "crazy" party. "Woo... hoo... Jabariya Jodi," they say in the video.

The crazy journey of #JabariyaJodi comes to an end! Thanks to the entire cast & crew for their endless support. Can't wait for you guys to watch the film in cinemas on 12th July 2019@ParineetiChopra@ektaravikapoor@RuchikaaKapoor#ShaaileshRSingh@balajimotionpic@writerrajpic.twitter.com/i6UuB6tcDn

Jabariya Jodi went on floors in August last year, when Sidharth Malhotra introduced him and Parineeti Chopra's characters in brand new posters like this: "Here are Abhay and Babli, an anokhi and desi Jodi!"

Jabariya Jodi is reportedly based on the culture of "groom kidnapping" or "jabariya shaadi", which is prevalent in certain parts of India. Directed by Prashant Singh, Jabariya Jodi is scheduled to hit screens on July 12. The film marks Parineeti Chopra and Sidharth Malhotra's second project together after 2014 film Hasee Toh Phasee.