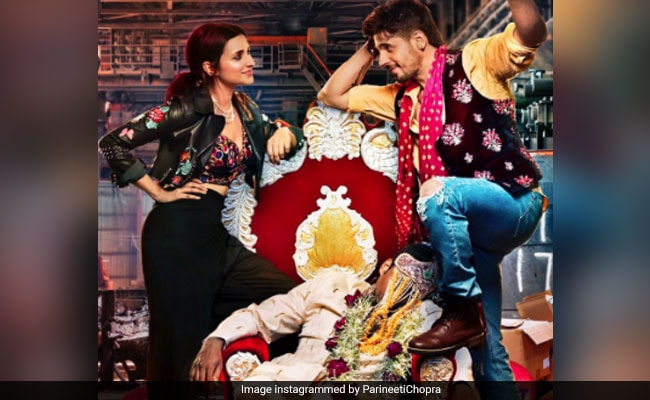 Filmmaker Karan Johar also retweeted the new poster of the film and wrote: "Break a leg! This ones going to be super! The high concept love story with lots of fun and super energy!"

Break a leg!!!! This ones going to be SUPER!!!! The high concept love story with lots of fun and super energy!!!! https://t.co/6rgzs9gMxm

Parineeti Chopra and Sidharth Malhotra had unveiled the first motion poster of Jabariya Jodi in August this year. Parineeti shared the poster on social media and captioned: "A surprise wedding you cannot afford to miss. Welcome to the surprise wedding of 2019."

Jabariya Jodi is reportedly based on pakadwa vivah, prevalent in parts of India. Pakadwa vivah is a practice in which the groom is kidnapped by the bride's family and forced into marriage.

Jabariya Jodi is Parineeti Chopra's second collaboration with Sidharth Malhotra. Earlier, they had co-starred in Hasee Toh Phasee, which released in 2014. The actors are sharing the screen after a span of four years.

Parineeti Chopra was last seen in Namaste England opposite Arjun Kapoor. Sandeep Aur Pinky Faraar and Kesari are some of her upcoming films.