"It's Ridiculous": Sonam Kapoor On The Pay Gap In The Film Industry

"I can stand up to it, but then I don't get those roles," said Sonam Kapoor 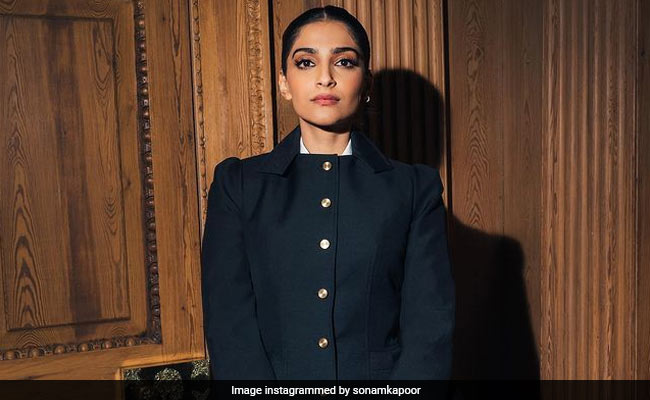 Sonam Kapoor, who has quite a bit of a reputation for speaking her mind on social media and otherwise, has never shied away from drawing attention to topics which are otherwise considered hush-hush by most Bollywood stars. In a recent interview with Vogue magazine, Sonam Kapoor (cover girl for their July edition) talked about the pay gap between male and female actors in the film industry and she described it as "ridiculous." The actress, who made her debut in Bollywood with the Sanjay Leela Bhansali's film Saawariya (2007), told Vogue, "The pay gap is ridiculous. It's not changed at all. I can stand up to it, but then I don't get those roles, and I'm ok with that."

The actress added, "And frankly, I can afford to do that. I realised over the past two or three years that I have no right to judge anybody. I'm very privileged, so making difficult choices isn't really f***ing difficult. I'd better be making those choices."

She married her longtime boyfriend Anand Ahuja in May 2018. Anand Ahuja runs the fashion label Bhane and the sneaker boutique VegNonVeg. The couple are currently staying in London. Sonam too runs an apparel brand Rheson with sister Rhea Kapoor.