"It's Really F***** Up": Taylor Swift's Reply To Singer Who Claimed She Doesn't Write Her Own Songs

"I write all of my own songs," clarified Taylor Swift 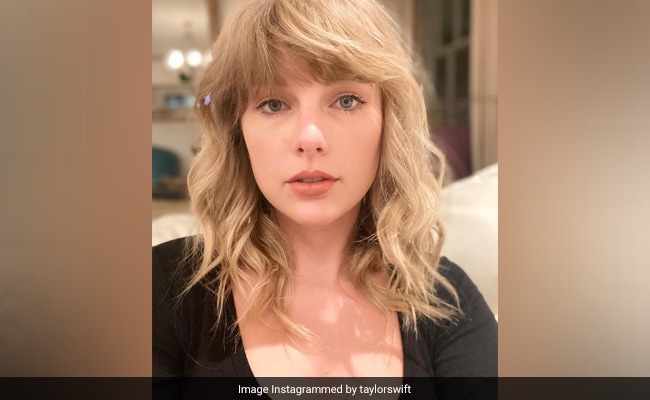 Taylor Swift and her fans were super offended when lead singer of Blur Damon Albarn, in a recent interview with Los Angeles Times, claimed that Taylor Swift doesn't write her own songs. "She doesn't write her own songs," Damon Albarn said about the star in the Los Angeles Times interview. The Blank Space star shared the news article on her Twitter profile and she replied, "I was such a big fan of yours until I saw this. I write all of my own songs. Your hot take is completely false and so damaging. You don't have to like my songs but it's really f***** up to try and discredit my writing. Wow." Read her tweet here.

In a separate thread, the singer added a sassy reply and she wrote referring to the aforementioned tweet: "PS I wrote this tweet all by myself in case you were wondering." Read Taylor Swift's reply here.

Soon after, Gorillaz singer Damon Albarn apologised to Taylor Swift in a tweet that read, "I totally agree with you. I had a conversation about songwriting and sadly it was reduced to clickbait. I apologise unreservedly and unconditionally. The last thing I would want to do is discredit your songwriting. I hope you understand." Read his apology here.

Taylor Swift started her career with hit singles like singles Love Story and You Belong with Me. She followed it up with more hits like We Are Never Ever Getting Back Together, I Knew You Were Trouble, to name a few.

The megastar known for hits like Shake It Off and Blank Space. Taylor Swift is a recipient of 11 Grammy Awards, one Emmy and has featured in Time 100 and the Forbes Celebrity 100 list multiple times.