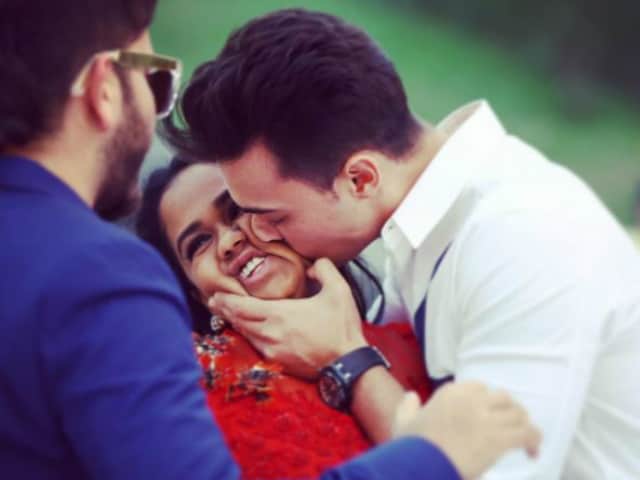 New Delhi: The Khan-daan has swelled by one. The youngest member is a boy called Ahil and was born to Salman Khan's sister Arpita and her husband Aayush Sharma on March 30. On Twitter, congratulatory messages have been pouring in from the new parents' celebrity friends - Genelia D'Souza and Riteish Deshmukh, Amrita Arora, Daisy Shah and others. (Also Read: Salman Khan's Sister Arpita Welcomes Baby Boy)

Genelia, who is expecting her second child with Riteish, congratulated her 'darling' with this tweet:

Congratulations my darling @khanarpita and @aaysharma on being parents.. Welcome to this magical world.. Lots n lots of love

Riteish had a message for his 'dearest' ones:

It's a BOY! Congratulations dearest @khanarpita & @aaysharma - the greatest joy in the world. God bless https://t.co/K6EBS4zJX8

Congratulations on the arrival of your baby boy @khanarpita and @aaysharma. Lots n lots of love

Actor-filmmaker Atul Agnihotri, who is married to Arpita's sister Alvira, was the first one to wish Arpita and Aayush:

He also shared a picture of the 'blessed moment':