"The night we MET," Ishaan Khatter captioned the post 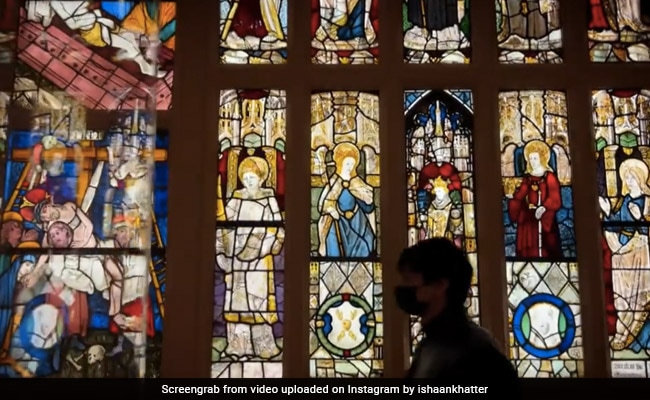 Ishaan Khatter in a still from the video. (courtesy: ishaankhatter)

Bollywood actor Ishaan Khatter, who is currently holidaying in New York, has actively been sharing pictures from his vacation on his Instagram post. His latest stop was The Metropolitan Museum of Art, New York, which also happens to be the venue of the grand fashion event - the Met Gala (taking place today). While we are not sure of the actor received an invite to the grand fashion ball, he did share glimpses of the Metropolitan Museum of Art in his latest Instagram entry and he captioned the post: "The night we MET. Art is truth. Sorry I couldn't cut this into a 20 second reel to fit in your attention spans. Music by Clair de Lune - Debussy. Shot and edited by yours truly."

Check out the video posted by Ishaan Khatter here:

Coming back to Ishaan Khatter, some more posts from his New York holiday:

Ishaan Khatter, son of Rajesh Khattar and Neelima Azeem, made his acting debut with Beyond The Clouds, which was directed by Majid Majidi. He then starred in Dharma Productions' Dhadak in 2018, which marked the debut of late actor Sridevi's daughter Janhvi Kapoor. Ishaan also starred in Khaali Peeli with Ananya Panday, which released on the streaming platform ZeePlex. He also featured in Mira Nair's web-series A Suitable Boy, co-starring Tabu.