Ishaan Khatter Is Holidaying In Uttarakhand And He Is Not Alone 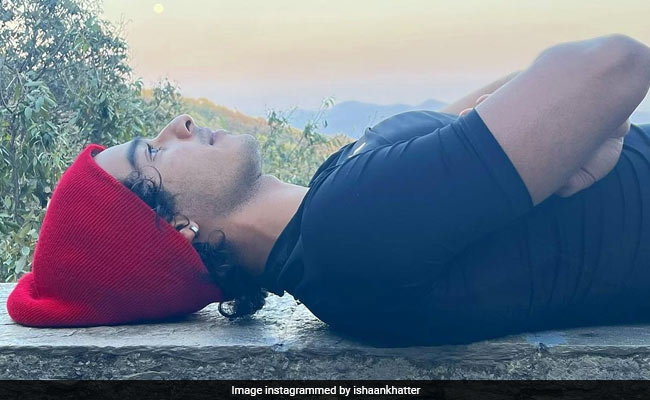 Ishaan Khatter posted a few happy pictures from his Uttarakhand holiday. The actor posted a solo shot of himself on his Instagram profile on Tuesday, in which he can be seen looking at the sky. The second picture that he posted on his profile is that of his mom and actress Neelima Azeem. He tweaked the lyrics of the iconic song Mud Mud Ke Na Dekh from the film Shree 420 and wrote in his caption: "Moon-moon ke na dekh." Dia Mirza, in the comments section of the post wrote: "Little piece of heaven on earth! Enjoy the magic of the mountains. Watch birds."

Ishaan Khatter, son of Rajesh Khattar and Neelima Azeem, made his acting debut with Beyond The Clouds, which was directed by Majid Majidi. He then starred in Dharma Productions' Dhadak in 2018, which marked the debut of late actor Sridevi's daughter Janhvi Kapoor. Last year, Ishaan starred in Khaali Peeli with Ananya Panday, which released on the streaming platform ZeePlex. He also featured in Mira Nair's web-series A Suitable Boy, co-starring Tabu.